Eygyptologist, Chris Naunton has appeared in numerous television documentaries, most notably as the presenter of ‘Flinders Petrie: The Man who Discovered Egypt’ (BBC4) and ‘Tutankhamun: The Mystery of the Burnt Mummy’ (CH 4). He was CEO of the EES from 2012-16 and is currently President of the International Association of Egyptologists.  His latest book; ‘Searching for the Lost Tombs of Egypt’, is on sale now.

The incredible 25th and 26th Dynasty tombs of the Asasif, a stone’s throw from the famous temple of Hatshepsut at Deir el-Bahri, are among the largest, most complex and finely decorated in Egypt.

And yet they are little known and rarely visited as they are closed to the public – until now! We have obtained Private AWT permits to visit the biggest and best of these monuments.

The incredible 25th and 26th Dynasty tombs of the Asasif, a stone’s throw from the famous temple of Hatshepsut at Deir el-Bahri, are among the largest, most complex and finely decorated to be found anywhere in Egypt. And yet they are little known and rarely visited. They were built by the highest officials of the age, the first of them at a time of artistic revival when Egypt was ruled by kings from Kush (in modern day Sudan). This tour visits the biggest and best of these monuments, and tells the story of what happened after the end of the New Kingdom, when the Valley of Kings was abandoned, and of the Kushites’ influence in Egypt, culminating in the revival of monumental tomb building.”

We fly from London Heathrow to Luxor and on arrival take our private transfer to the Old Winter Palace, Garden Pavilion Wing, for seven nights on room and breakfast basis.

Day 2 - Valley of the Kings bl

We cross the Nile and head to the Valley of the Kings where we have tickets for three tombs of your own choice from those open on the day. There will be time to buy any optional tickets that are available. This morning we have a special permit for a private entry to KV35. This tomb, discovered in 1898 by Victor Loret, was the burial place of Amenhotep II. More importantly however, the tomb was found to contain the mummies of a further 10 pharaohs – a second ‘royal cache’. These kings had been buried here some time in the Twenty-first Dynasty to prevent their bodies from being desecrated by robbers. It was also here that the mummies of the ‘elder lady’ and the ‘younger lady’, perhaps the Amarna queens, Tiye and Nefertiti, were found. We have lunch at the Moon Valley Restaurant before heading to Deir el Medina where we explore the village of the workmen who built the very tombs we entered in the morning. We have time to visit some of their own tombs, the nearby Ptolemaic temple and view the Great Pit.

This morning we stop to admire the Colossi of Memnon and then head to the Asasif tombs with our first special Asasif event – we have entry to the Tomb of Karakhamun TT223. This beautiful monument was until recently little more than a pit in the ground, but it has now been excavated and restored by the South Asasif Conservation Project. The tomb belonged to a high official of the Twenty-fifth or Twenty-sixth Dynasties, who appears to have been a foreigner who perhaps came to Thebes along with one of the Kushite kings who came to rule Egypt in the Twenty-fifth Dynasty. This seems to have been the time when the practice of constructing large tombs – many of which we will see during this trip – was revived. Then a chance to enter the small and rarely visited tombs of New Kingdom officials at khokha. We have lunch at the Moon Valley our local restaurant and then visit Medinet Habu the vast Mortuary Temple of Ramesses III.

Our special permit this morning allows us access to the Tomb of Harwa TT37 where Chris spent four seasons working with the Italian mission directed by Dr Francesco Tiradritti. This tomb, the burial place of the first Chief Steward of the God’s Wife of Amun, is the first in the sequence of massive Late Period tombs in the Asasif. Its architecture and decoration were carefully planned so as to describe Harwa’s journey from the Earthly world to the afterlife. It is the perfect tomb. Next, to the tombs at Qurnet Murai before we head back to our hotel. Later this afternoon we will visit Luxor Temple and Luxor Museum.

Straight to Asasif and the Tomb of Montuemhat TT34. Montuemhat was one of the most skilled politicians in Egyptian history, coming to power under the Kushite Twenty-fifth Dynasty, surviving the conquest of the country by the Assyrians, and negotiating with Psamtek I to transfer authority in Thebes to the newly established Twenty-sixth Dynasty a few years later. As ‘Overseer of Upper Egypt’ he was as powerful in the south as any king and his massive and finely decorated tomb – which is only rarely visited – is testimony to that. We also take time to visit the tombs of Pabasa, Ankhor and Kheruef. After a break for refreshments we drive back to the East Bank and take a guided tour of Karnak Temple.

This morning we take the road south and head first to el Kab, the ancient city of Nekheb where we visit the New Kingdom tombs including that of Ahmose. We also enter the small Hathor Temple of Amenhotep III. Next we stop to view the Tomb of the Governor Ankhtify of the First Intermediate Period at Mo’alla. Finally to the historic Temple of Montu at el Tod. We have a lunch box with us from the Winter Palace and we return to the hotel late afternoon.

We cross the Nile and head back to Asasif for our final special opening. We enter the Tomb of Padiamunope TT33. In terms of the total area it occupies, the tomb of Padiamunope is the largest of the Asasif group. It is also the best preserved, with labyrinthine architecture and endless beautifully cut scenes relating to the underworld. Padimunope’s tomb has hardly been seen in modern times; for many years it was used as a secure storage facility by the antiquities service, but is now the subject of a new French-led archaeological project. Finally, to Deir el Bahri to view the Temple of Hatshepsut. We stop at a local cafe to allow time for refreshments before taking our launch back across the river. The afternoon is at leisure.

We take our direct EgyptAir flight from Luxor to London arriving mid afternoon.

Expert: Egyptologist, Chris Naunton has appeared in numerous television documentaries, most notably as the presenter of ‘ Flinders Petrie: The Man who Discovered Egypt’ (BBC4) and ‘Tutankhamun: The Mystery of the Burnt Mummy’ (Ch 4). He was CEO of the EES from 2012 -16 and is currently President of the International Association of Egyptologists. His book; ‘Search for the Lost Tombs of Egypt’, is now on sale 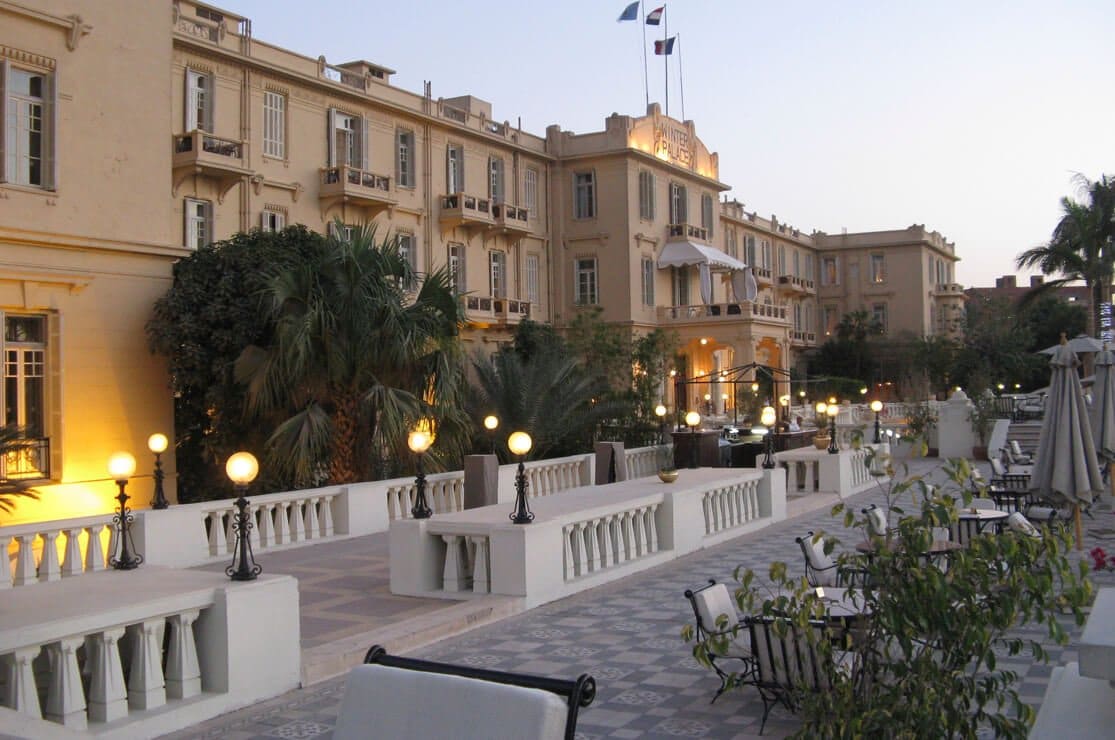 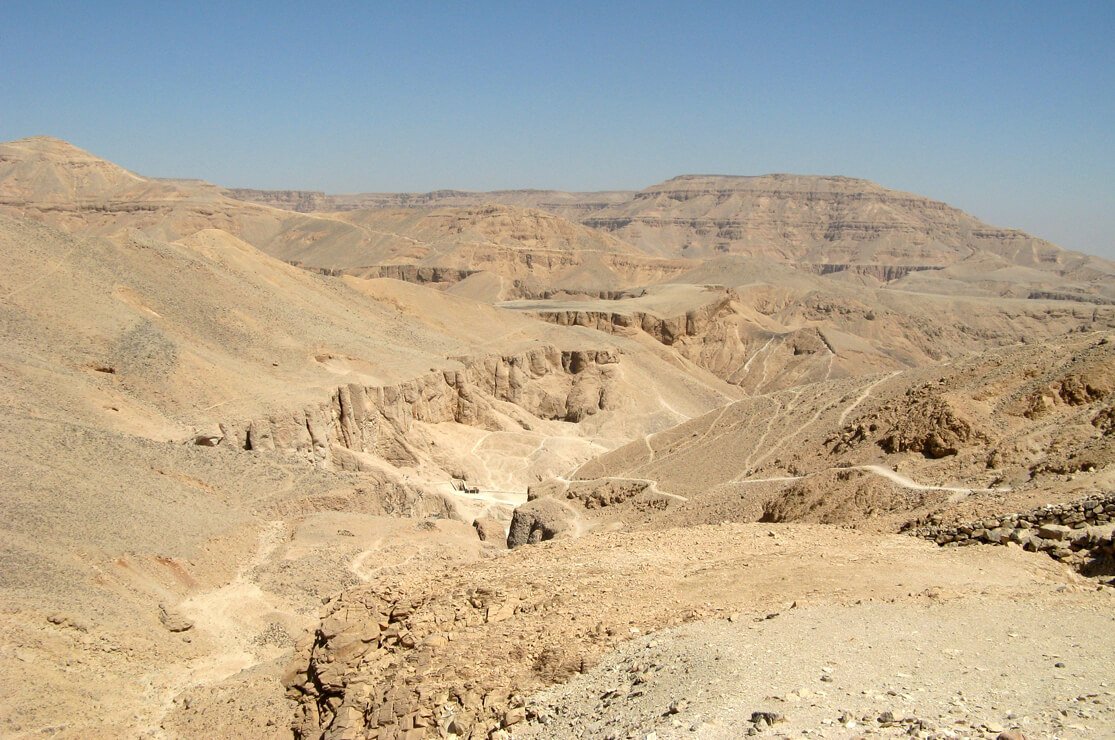 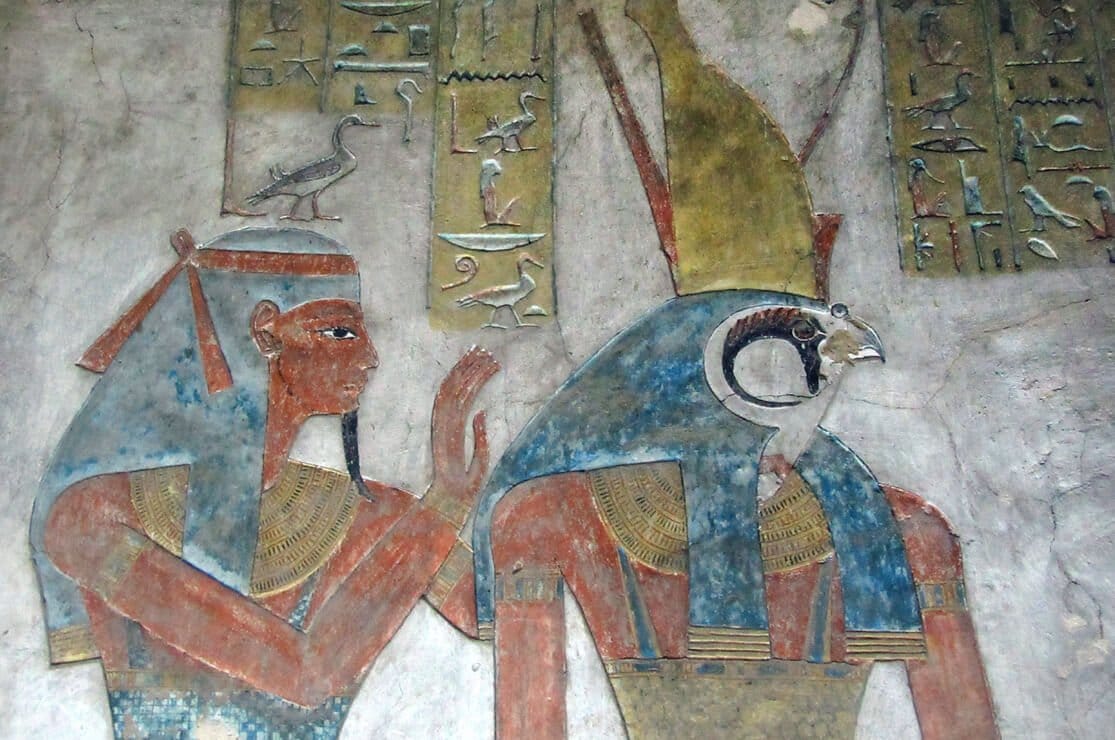 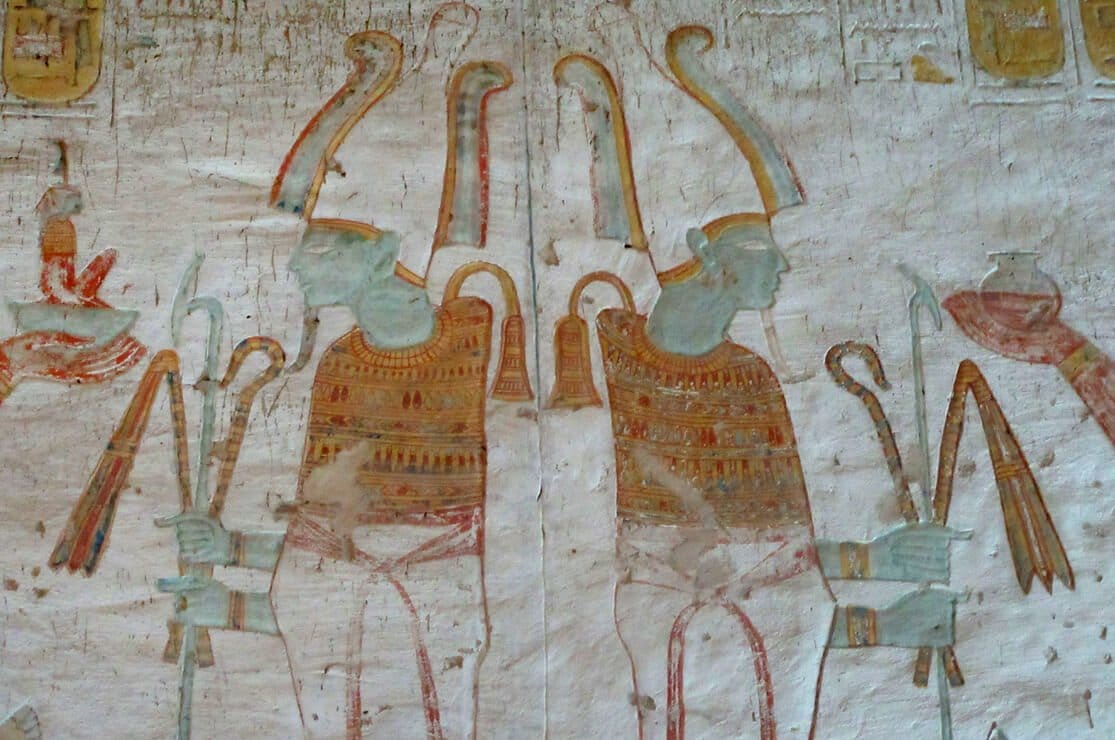 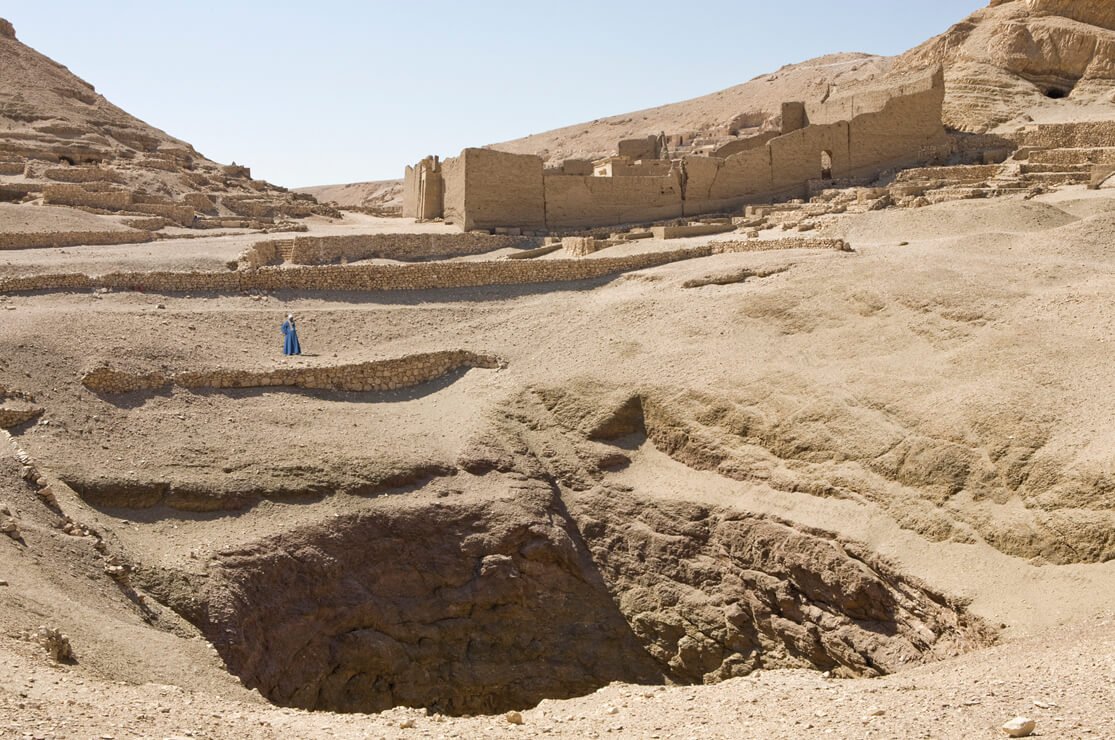 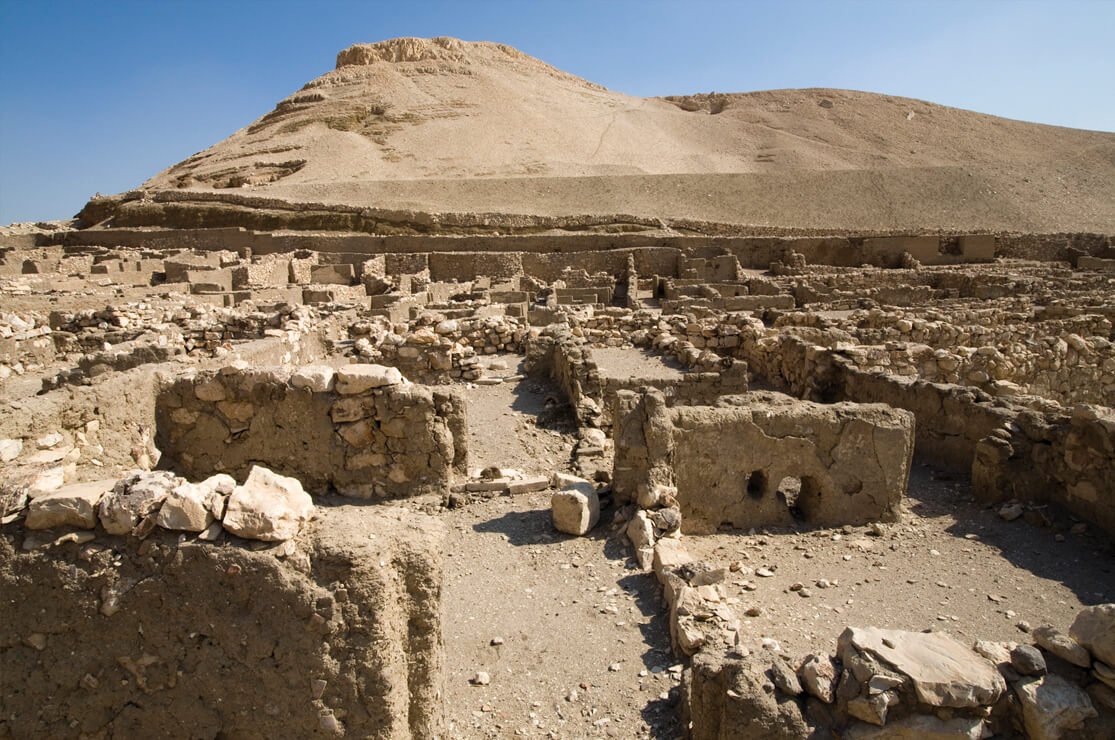 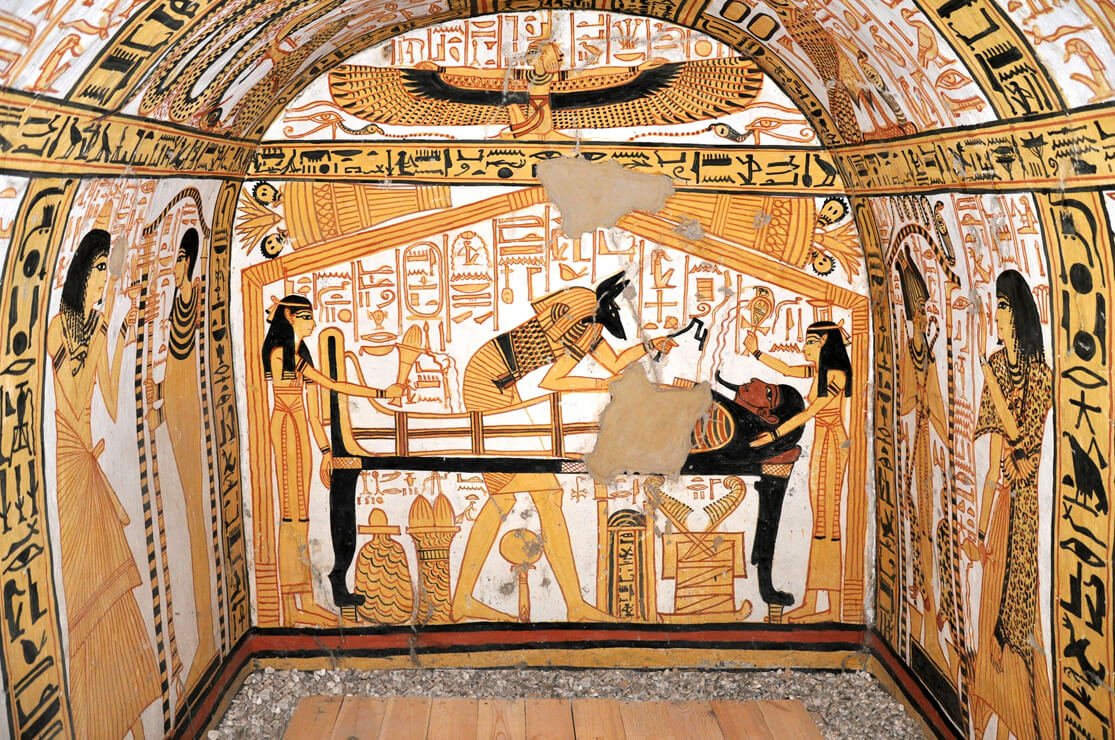 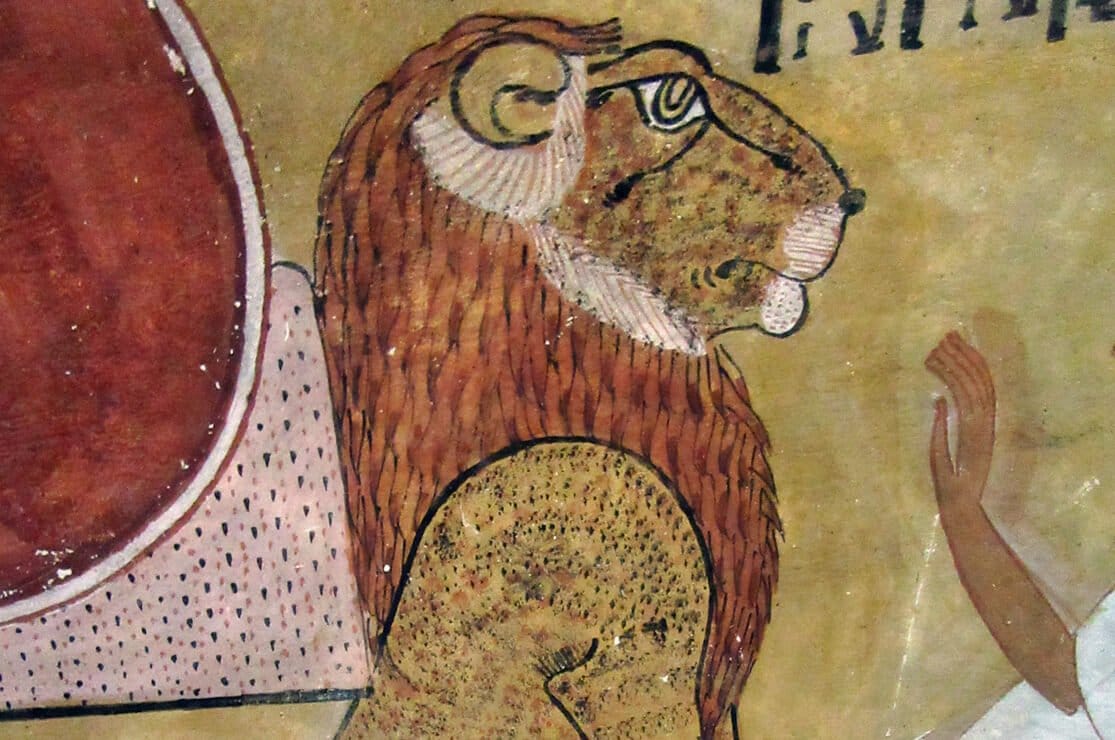 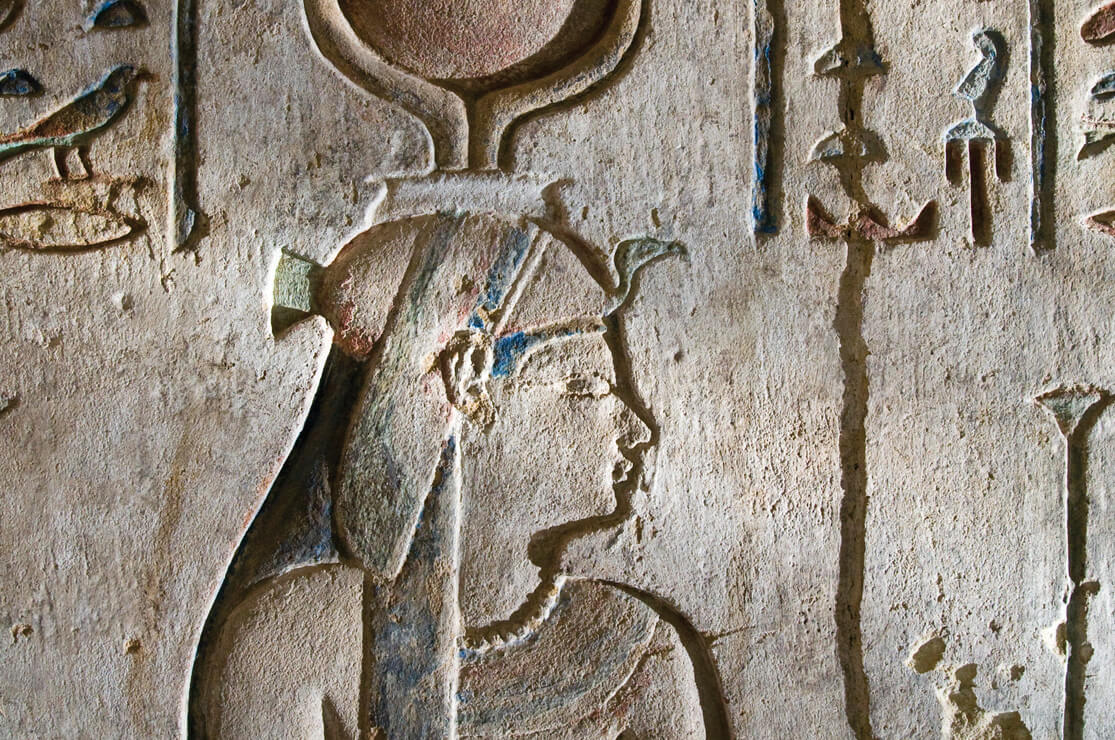 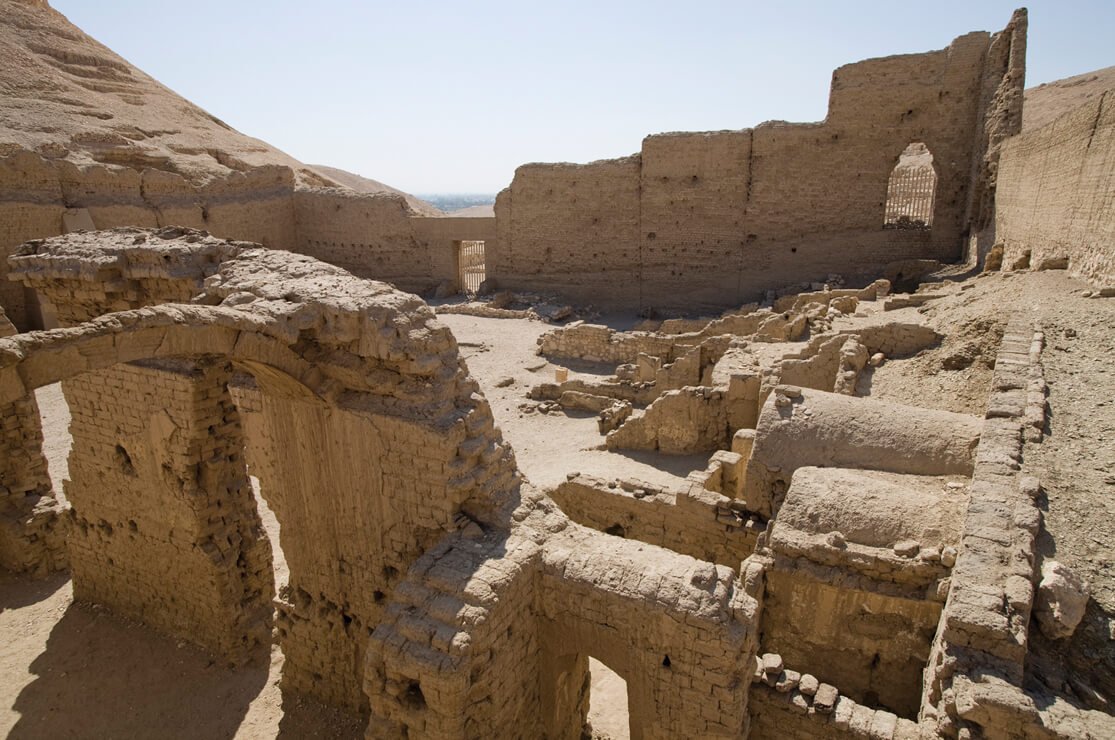 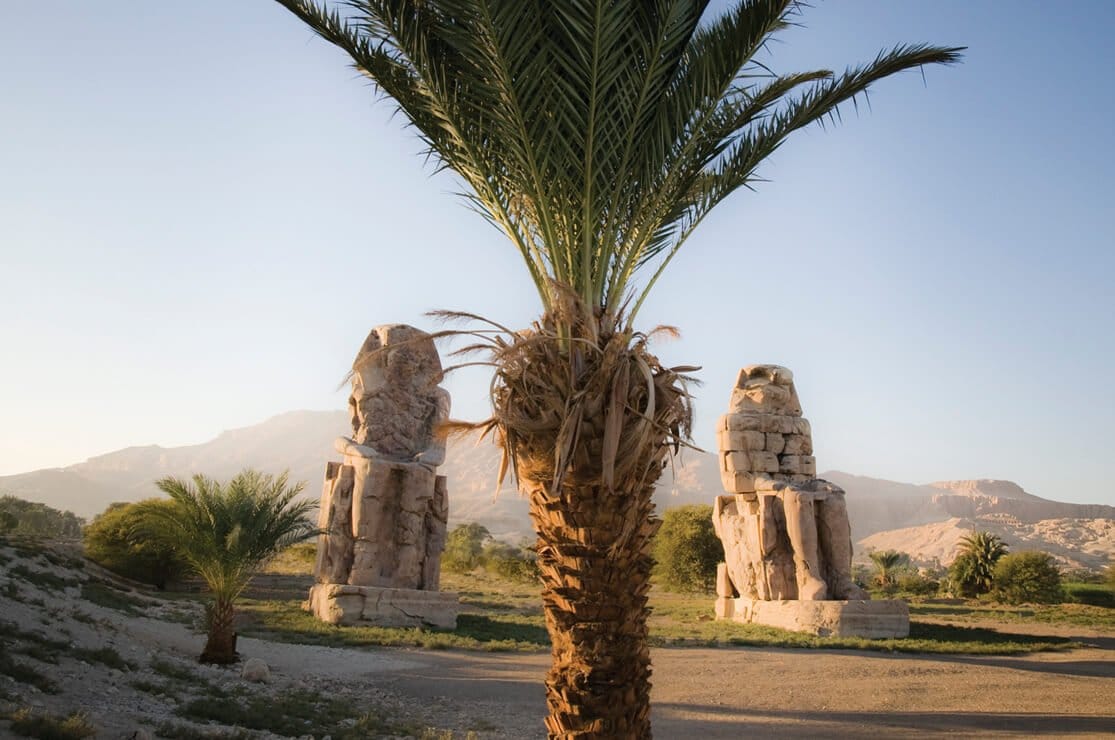 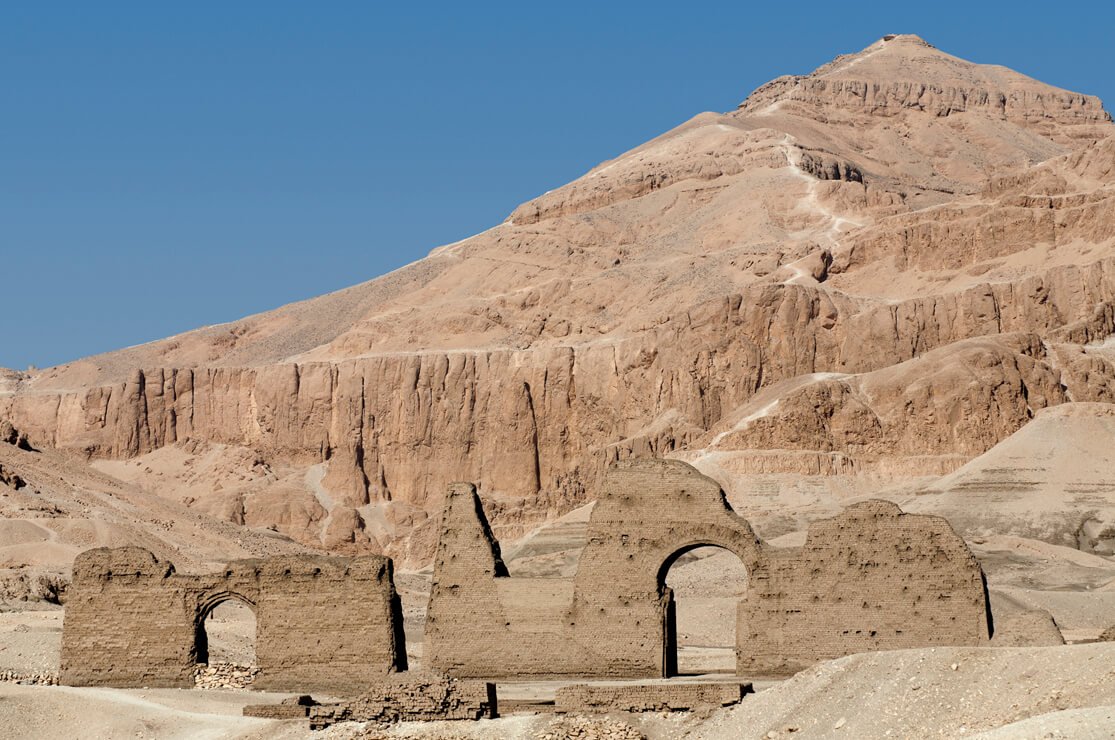 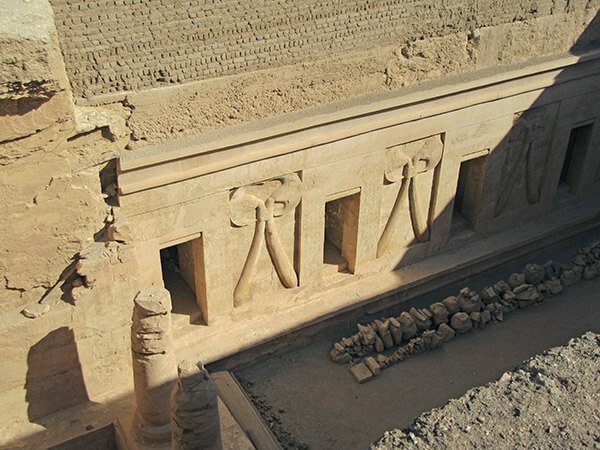 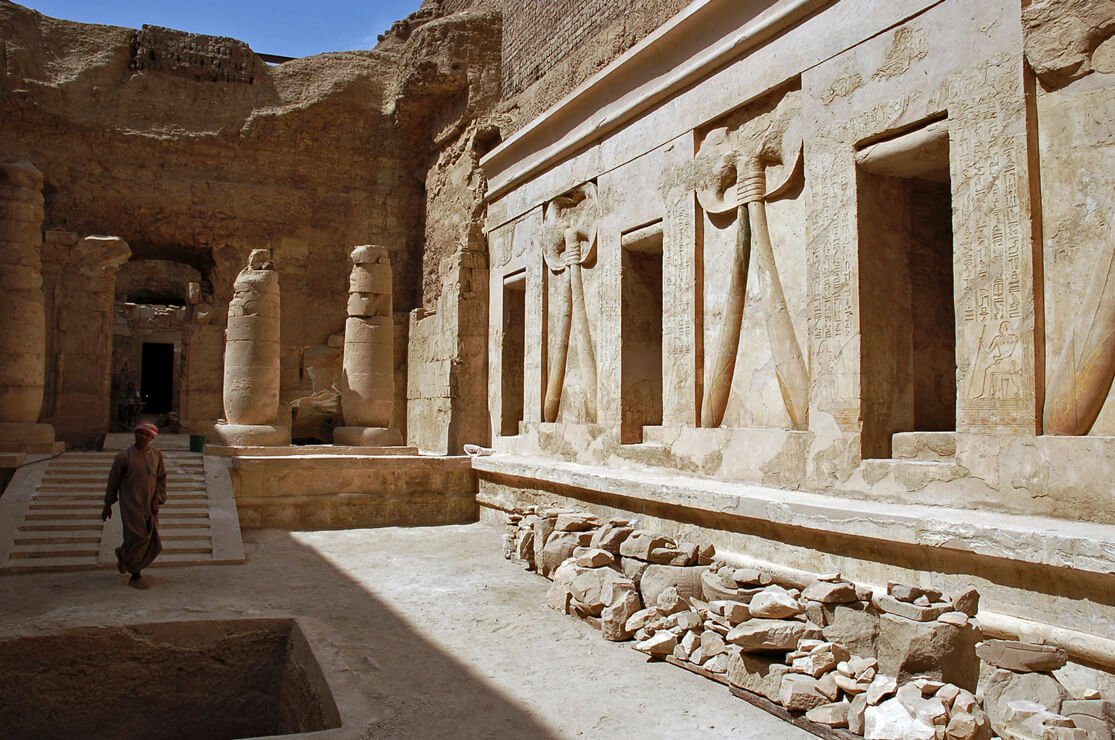 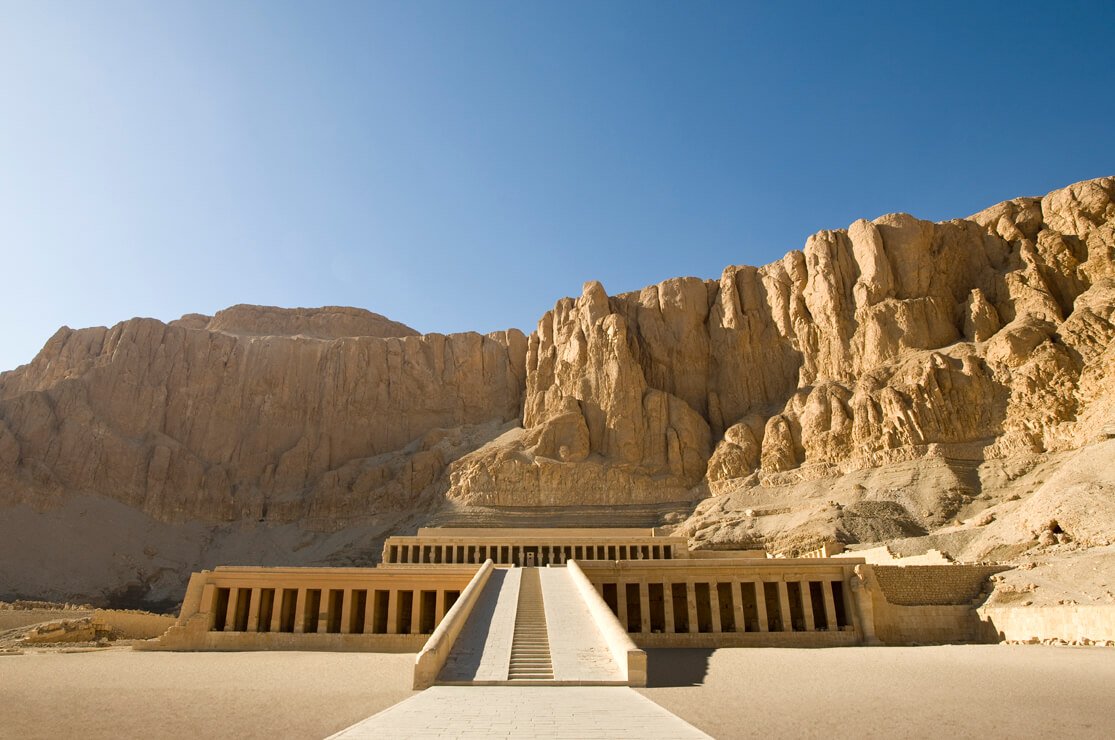 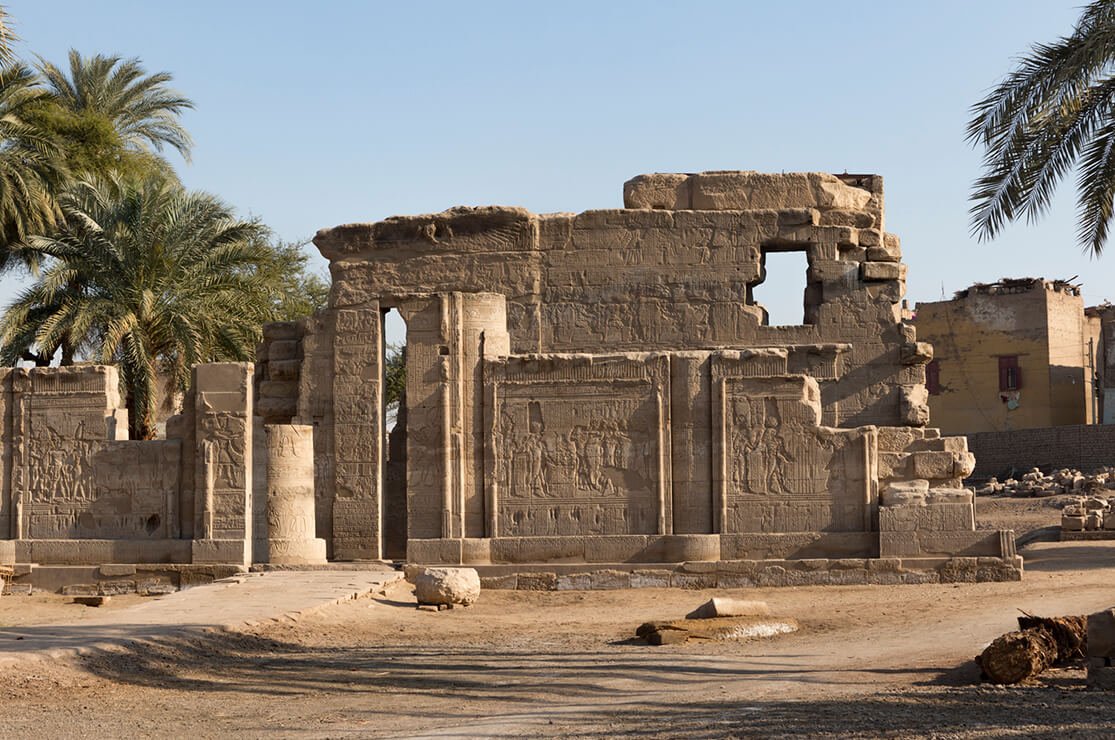 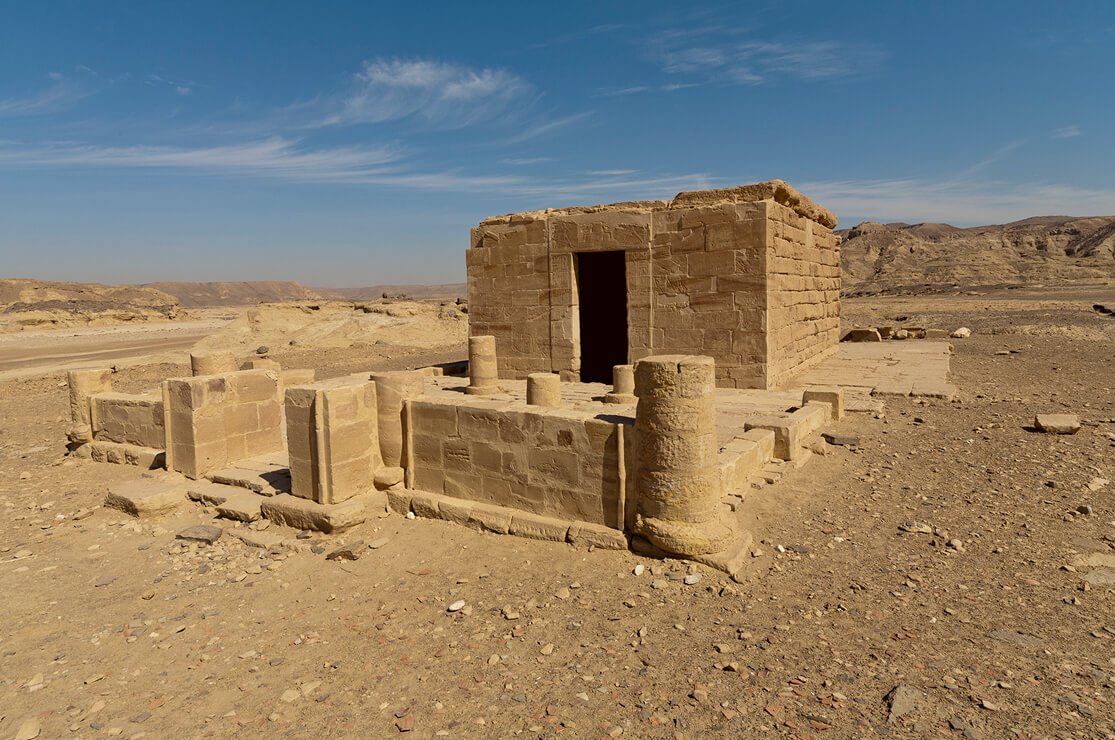 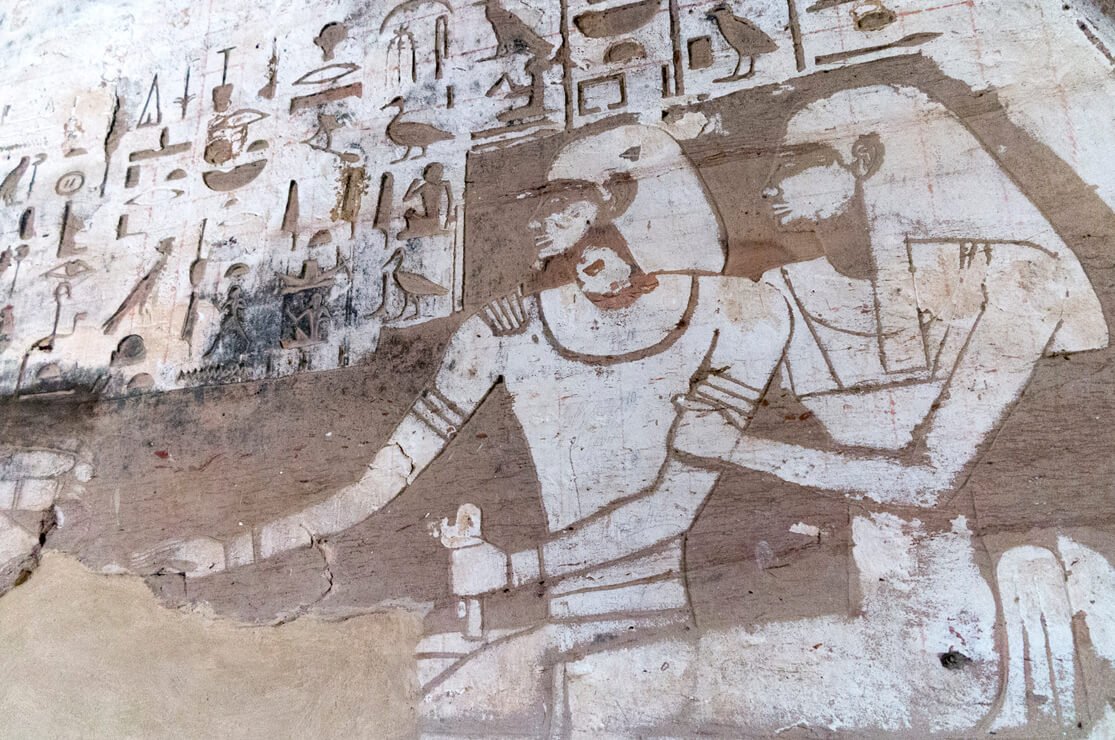 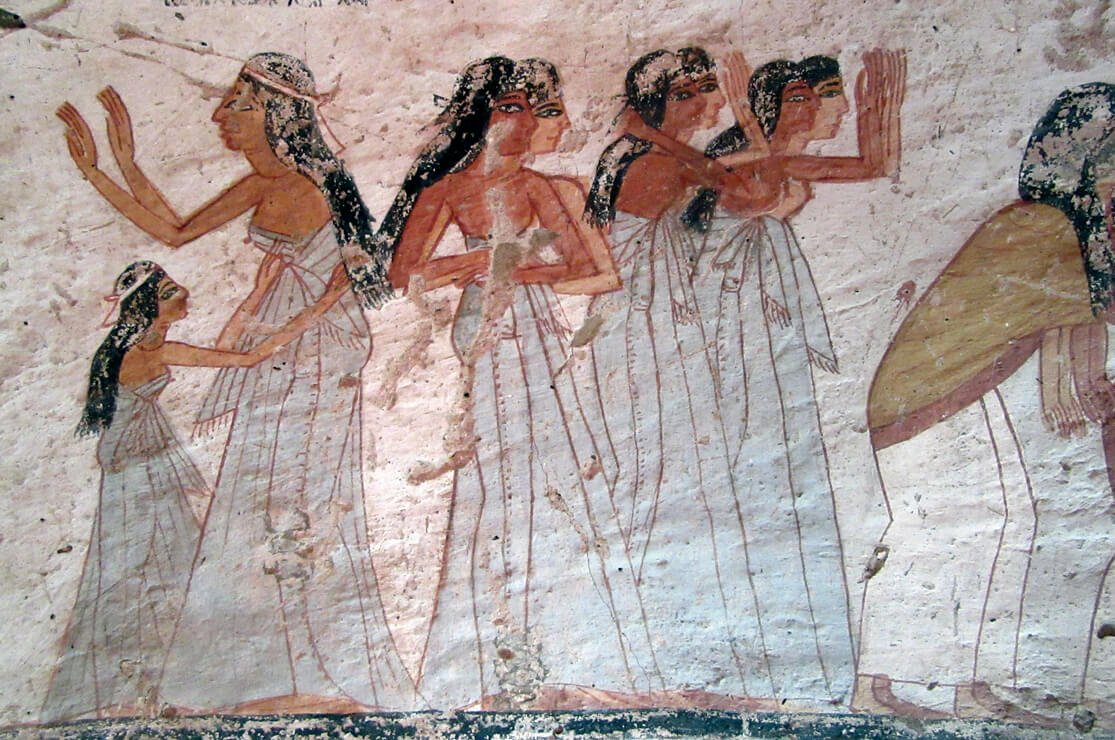 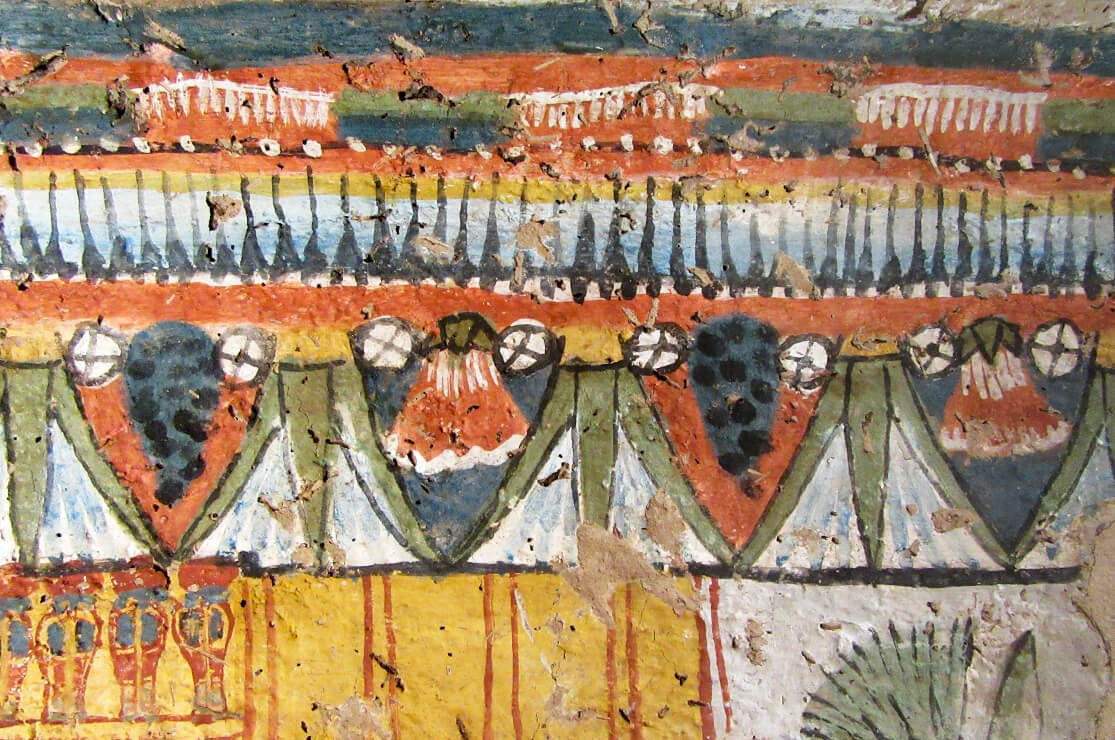