Our last visit to Ethiopia was in the year 2007 so it is a great pleasure to announce this new two week tour which visits the major sites in this beautiful and fascinating country.

We explore Lake Tana and discover the Blue Nile  which supplies most of the water that flows in to Egypt’s Nile Valley and we travel through the Abyssinian Highlands and the Rift Valley.

An extensive road tour of this photogenic and wonderful country.

I’ve always been fascinated by ancient Egypt’s relationship to other cultures. It was my interest in Egypt’s Twenty-fifth Dynasty – the period when Egypt was ruled by the kings of Kush that led me to their visit the remains of their great kingdom in Sudan. Over the course of more than a thousand years, while Egypt suffered repeated invasions and was taken over not only by the Kushites but groups of Libyans, Assyrians, Persians and ultimately Alexander the Great, the Ptolemies and the Romans, Kush remained independent. It was eventually supplanted by another great African power: Axum, whose capital lies in modern Ethiopia.

The Kushite kingdom came to be divided between three successor states, Nobadia, Makuria and Alodia, all of which eventually converted to Christianity, as did Axum. Having seen a little of the ancient Christian kingdoms of Sudan, I’m curious to know more about Axum and also how it and the land we now call Ethiopia, the mark Christianity left in the archaeological record at sites like Lalibela and in the place reputed to be the location of the Ark of the Covenant…

Continuing AWT’s exploration of the lands to the south of Egypt, Ethiopia takes its name from the Greek ‘Aethiopia’ meaning ‘burnt face’ or similar and was given the name in ancient times to various groups living in the territories to the south of Egypt, including the Kushites. Kush the great ancient Kingdom of Sudan was eventually brought down under pressure from newly ascendant Axum which had begun to take control of trade routes along the Red Sea and eventually established a caravan route to Egypt that bypassed the Nile region controlled by Kush from Meroe. We will visit the remains of the great city of Axum with its distinctive stelae, the tallest produced anywhere in the ancient world. In the early fourth century AD Axum converted to Christianity under Ezana and became one of the most important centres of the new religion in Africa. Legend has it that the Ark of the Covenant was taken there by Menelik I, son of King Solomon of Israel and the Queen of Sheba, and now rests in the Church of Our Lady Mary of Zion, also in Axum. Chris Naunton.

Arrive in Addis Ababa and transfer to the Ghion Hotel for 2 nights on room and breakfast basis. Addis Ababa is the 3rd highest capital city in the world at an average altitude of 2300 meters.

We begin our exploration of Ethiopia with an excursion to Tiya. This stelae field with its engraved markers still needs further investigation but excavations have shown that they mark mass graves dating back around seven hundred years. Nearby is the Melka Kunture Museum one of Ethiopia’s important Stone Age sites (near the Upper Awash Valley – where excavations are ongoing) displaying paleoanthropology, geology and prehistoric archaeology dating back 1.5 million years.

Drive from Addis Ababa past Mount Entoto to Debre Markos with a stop at Debre Libanos Monastery which dates back to the 13th century. Time also to visit the attached museum displaying artefacts from the church treasury. Set in a stunning location at the base of a deep canyon carved by a tributary of the Blue Nile we should see gelada monkeys and abundant birdlife. We overnight at the FM International Hotel.

Drive to Bahar Dar with a side trip to Gish Abay spring the alleged source of the Blue Nile and starting point of the Gilgil Abay – literally ‘Calf Nile’. We make a brief stop at Lake Zengena, a freshwater crater – lake set amidst lush forests. We check in for two nights at the Blue Nile Resort Hotel on the shore of Lake Tana, Ethiopia’s largest Lake. Lake Tana is fed by many rivers but just one outlet being the Abay, or Blue Nile. The ancient Egyptians called this Lake Coloe and we may see papyrus reed boats being used by fishermen that are similar to those depicted in ancient Egyptian wall reliefs.

Our day begins with an excursion to the Blue Nile Falls, one of Africa’s most spectacular waterfalls. Known locally as Tis Isat ‘Water that Smokes’ the falls should still be impressive in February. Later we take a boat trip on Lake Tana to visit the church of Azwa Mariam which is adorned with paintings dating from the 16-17 century and are of typical Ethiopian design for a church.

Today we aim to drive 180 kms to Gondar with photo and rest stops along the way. Later we visit the Castle complex of Gondar and the church of Debre Birhan Selassie. This church must count as one of the most beautiful of Ethiopian churches with stunning art, including a ceiling decorated with rows of cherubic faces and abundant paintings of various saints. We overnight at the Goha hotel.

Today we drive into the spectacular Simien Mountains National Park for walks to take in the fauna and flora of this Afro-Alpine environment. The scenery is stunning and dramatic with deep gorges and jagged hills. The Simien Massif was inscribed as a UNESCO World Heritage site in 1979. We overnight at a local hotel in Debark.

A full day drive to Axum taking in the stunning mountain scenery and village life of the Simien Mountains. On arrival at this historic city with the tallest stelae ever erected dating from the ancient world we check in for two nights at a local Hotel.

A drive to Mekele with a stop at Yeha Temple which is believed to be the oldest standing structure in sub-Saharan Africa. Next to it is the church of Abune Aftse with its small but interesting treasury. There is currently a German archaeological team excavating and building a museum for the church to display its treasures in full. Overnight at the Axum Hotel Mekele.

A full day driving through the highlands to the town of Lalibela with time to stop and admire the vast rocky escarpments and spectacular scenery along the way. We check in to the comfortable Roha hotel for two nights.

We spend the whole day exploring some of the rock-hewn churches of Lalibela which are believed to be from the 12th Century. One of the most famous sites in Ethiopia and a UNESCO World Heritage site there are thirteen churches carved below ground level connected by a system of passages. Divided into two clusters we will spend the day enjoying this amazing site.

Leaving Lalibela behind us we begin our journey back to Addis Ababa with an overnight stop at the town of Kombolcha in a local Hotel.

We continue our drive back to Addis Ababa with a stop at the historic village of Ankober on the edge of the escarpment above the Afar Depression. Overnight at the Ghion Hotel Addis Ababa.

Today we transfer to the airport for our flight back to Heathrow arriving mid-evening.

NOTES: We have opted to travel by road rather than using internal flights on this tour of Ethiopia so there are some long days of travel in coaster buses or small coaches. We will make regular stops but some days will involve five to eight hours on the road. However, the views en route are spectacular and will make for a memorable journey.

This is a busy trip and requires a certain level of fitness and agility, especially due to altitude. It is likely to be sunny most of the time and most of Ethiopia is at a high altitude, so although the sun is powerful, the temperature is usually very pleasant.

Ethiopia is a poor country and they are not familiar with gluten or lactose free diets. Vegetarians can be catered for but they will have a limited choice. So it is a good idea to take your own snacks if you have dietary issues. The tourism industry is quite well organised and in places you may be surprised at the standard of services and personnel. However, you should never forget that you are travelling in one of the world’s poorest countries. Water and electricity can be erratic and hotels vary enormously. 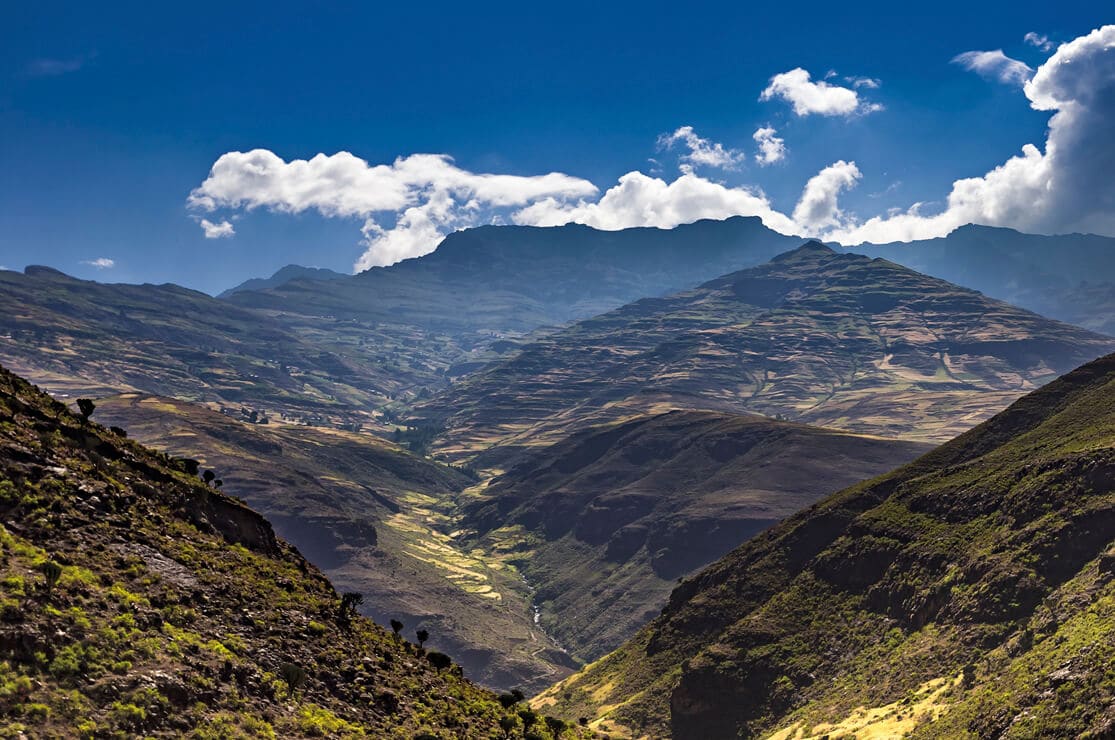 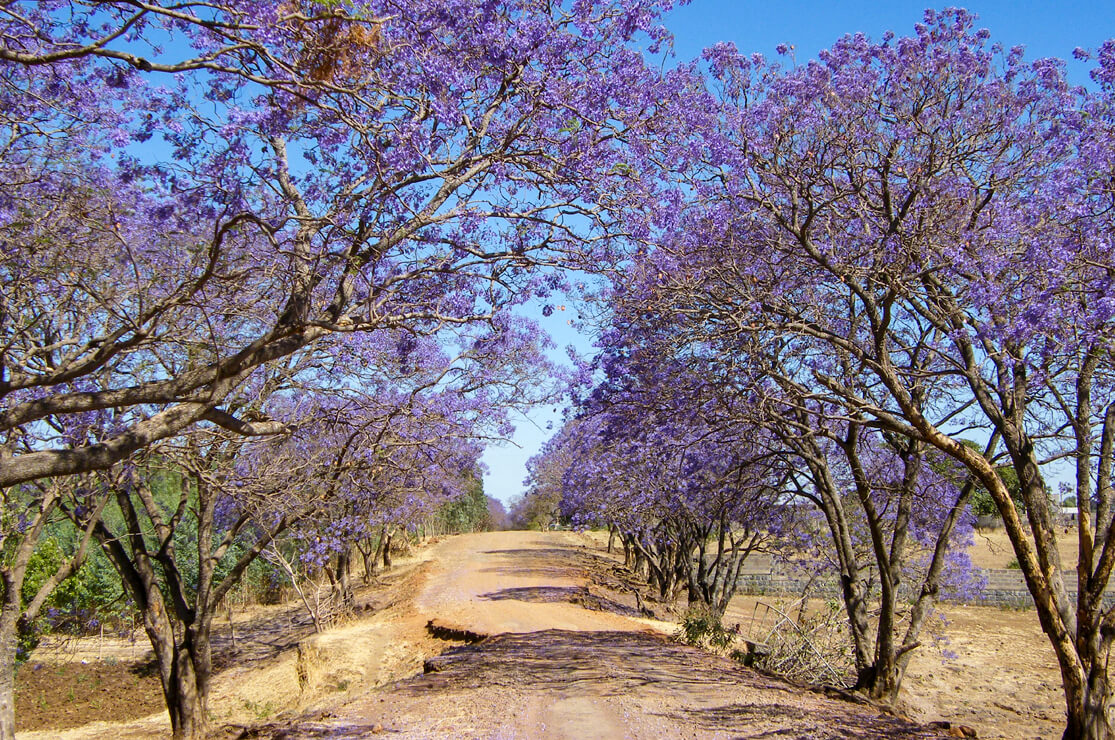 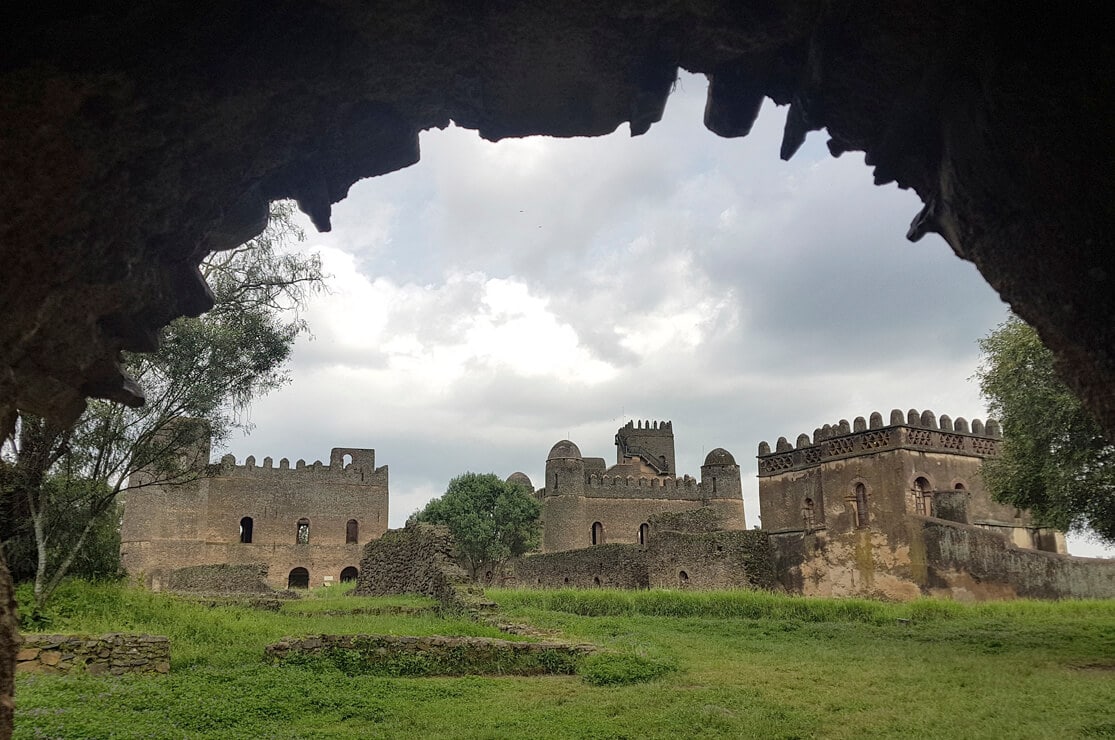 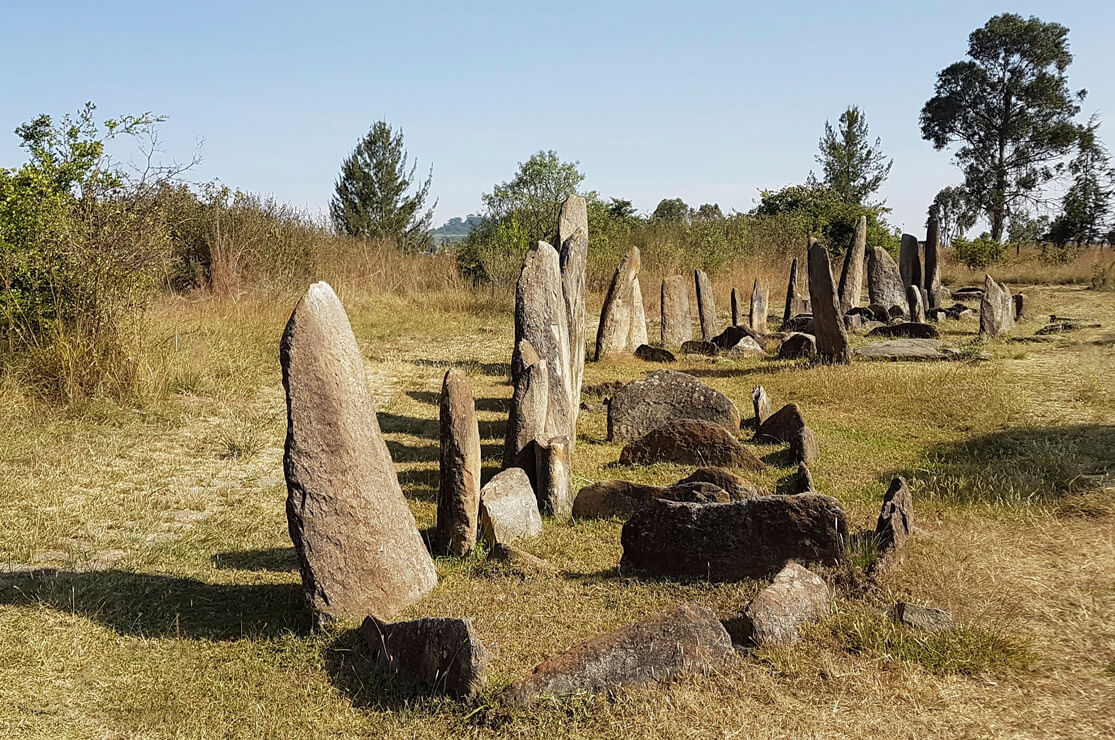 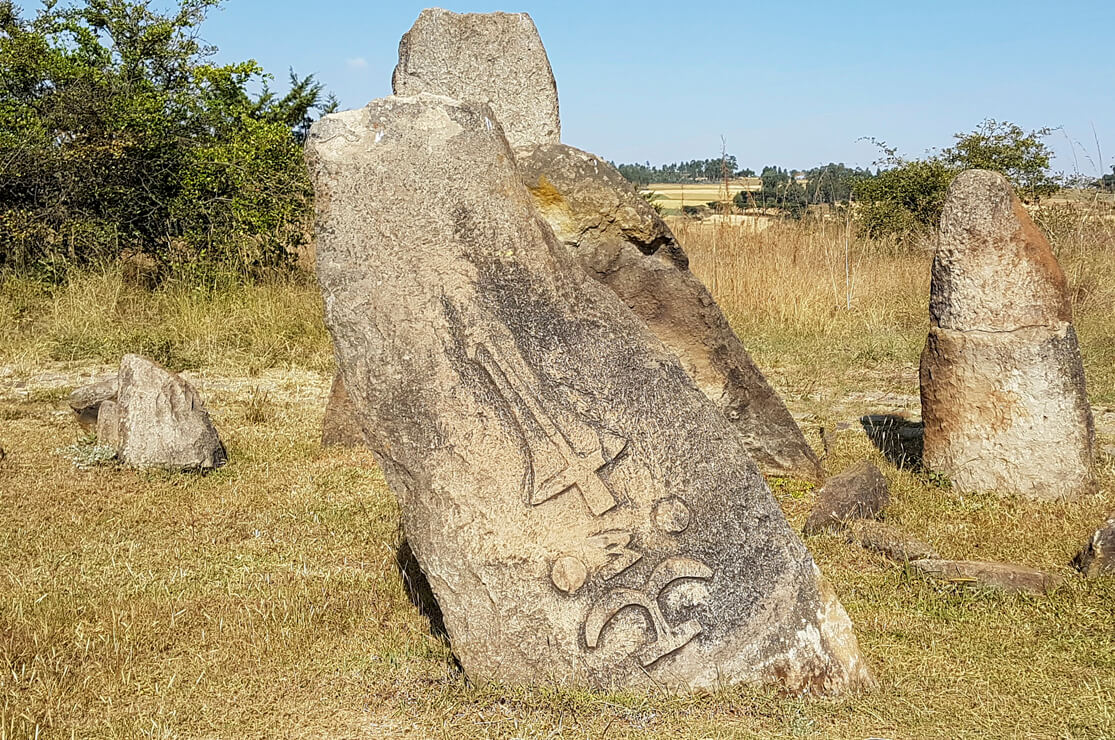 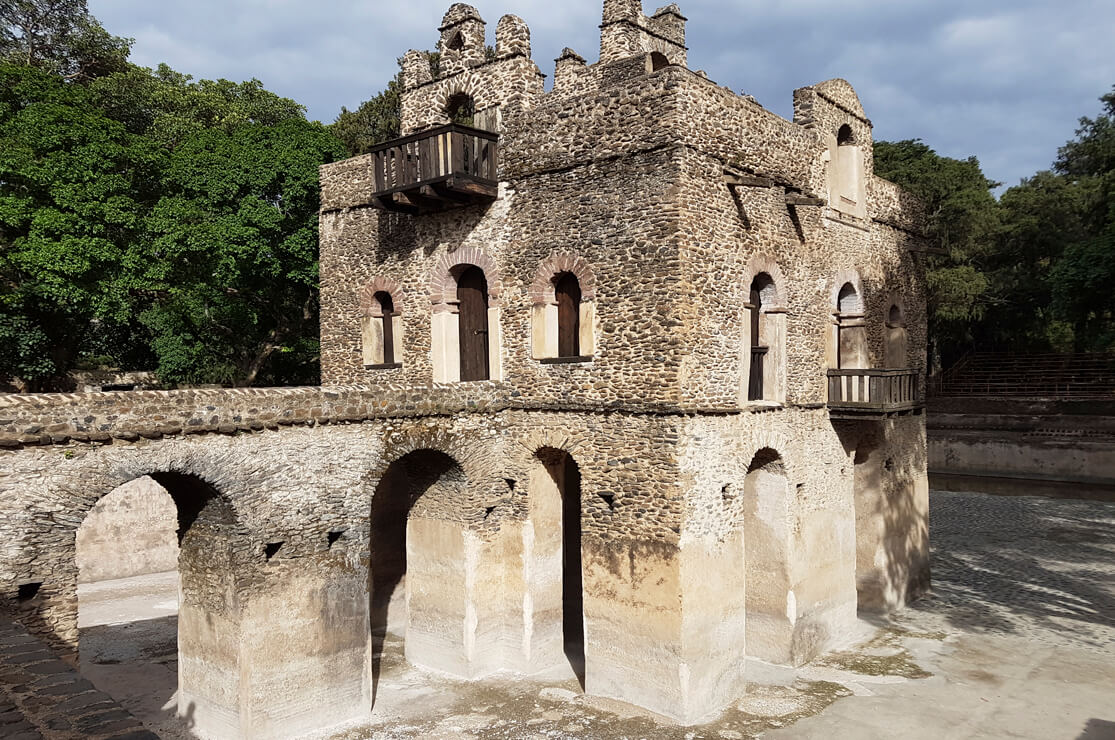 The Pool of King Fasilidas, Gondar 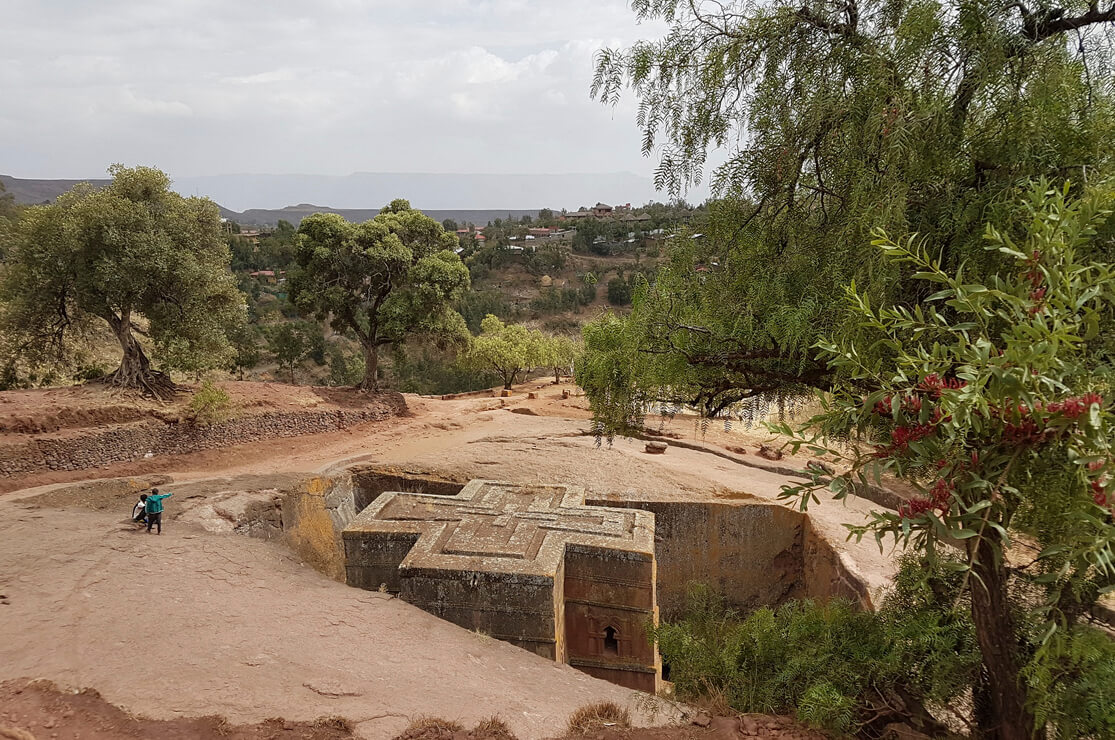 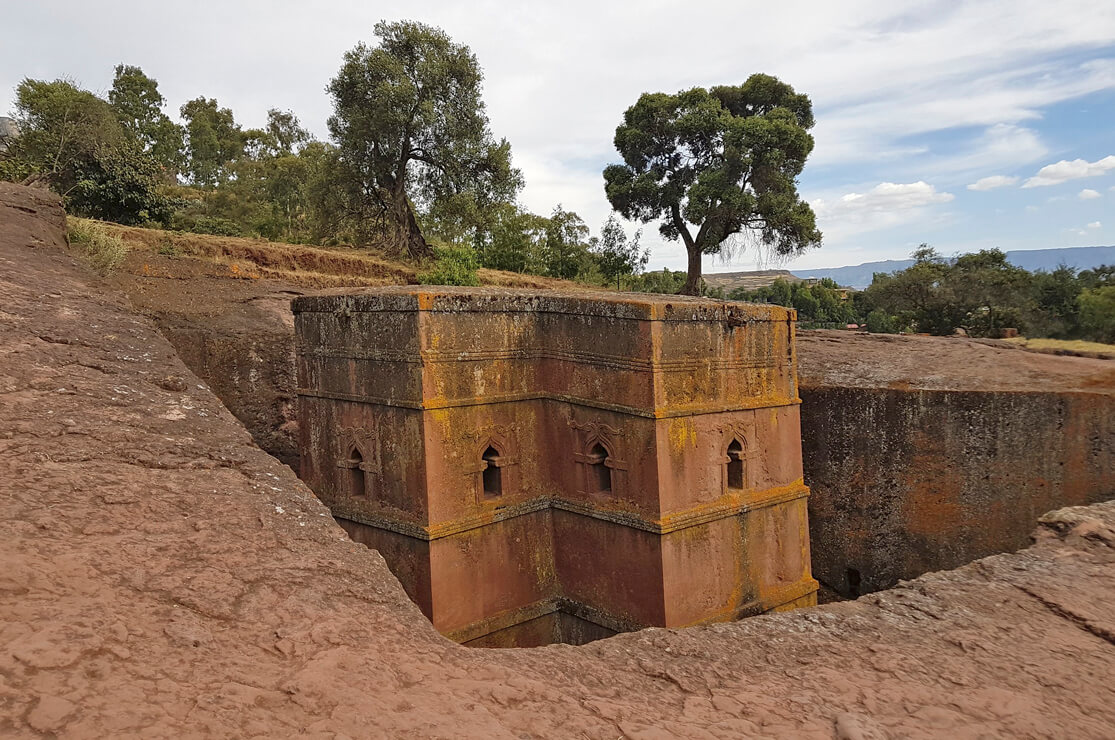 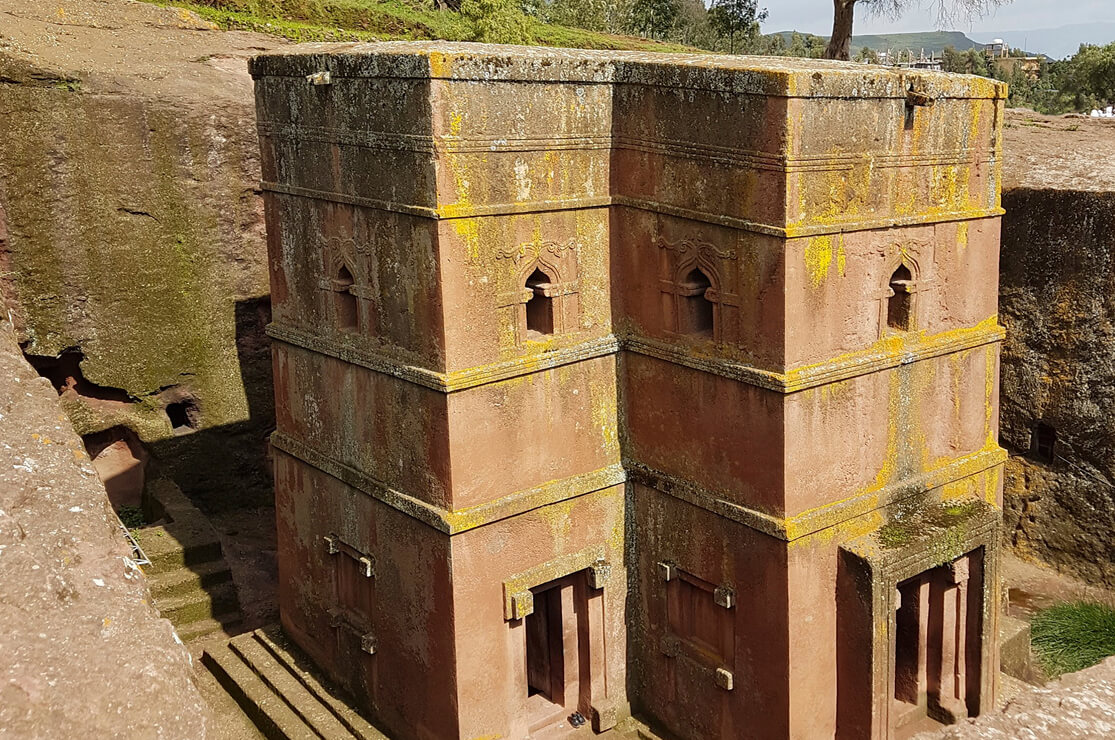 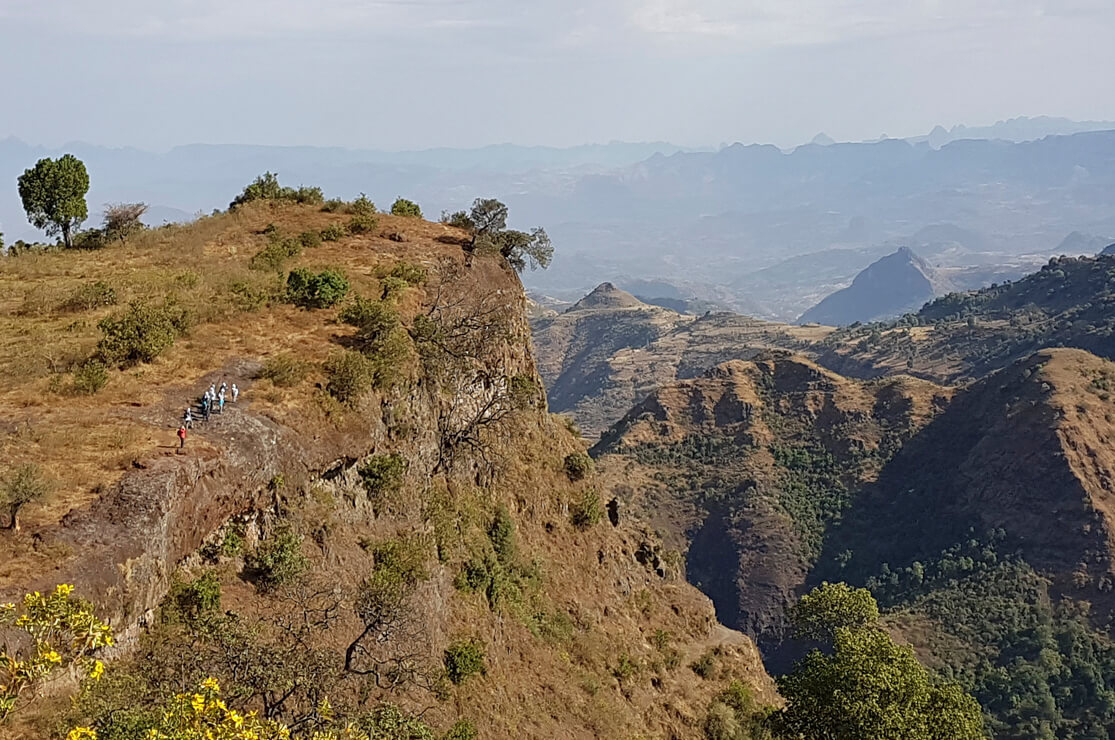 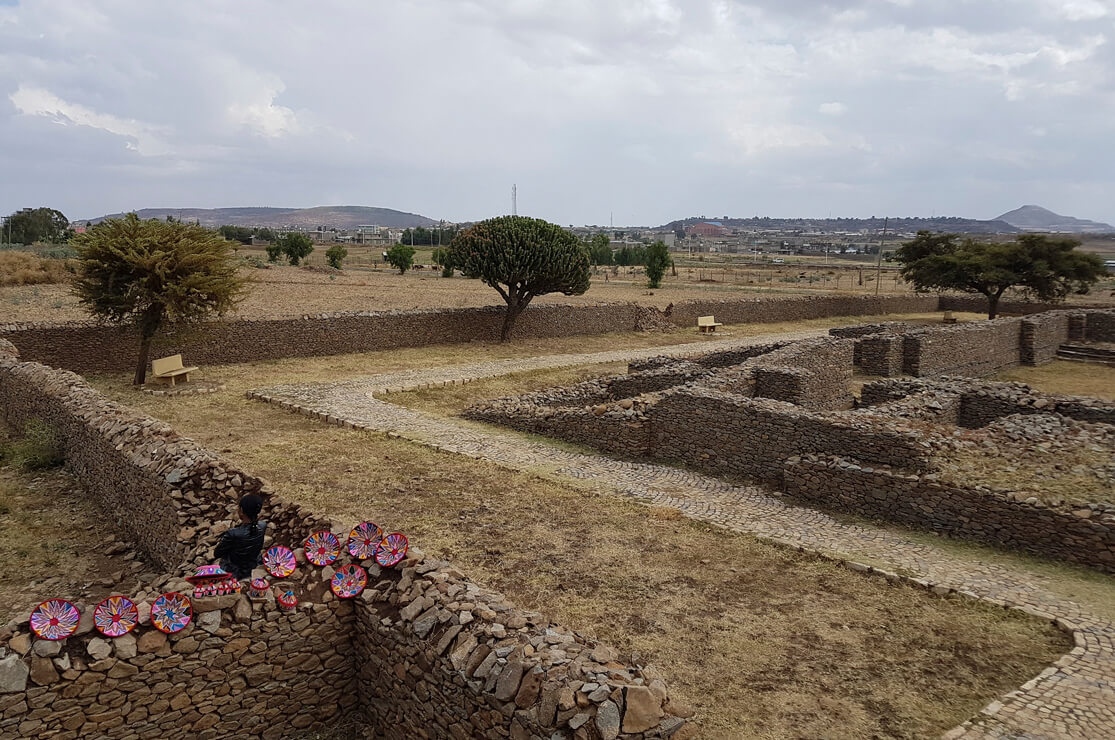 Ruins of Queen of Sheba's Palace 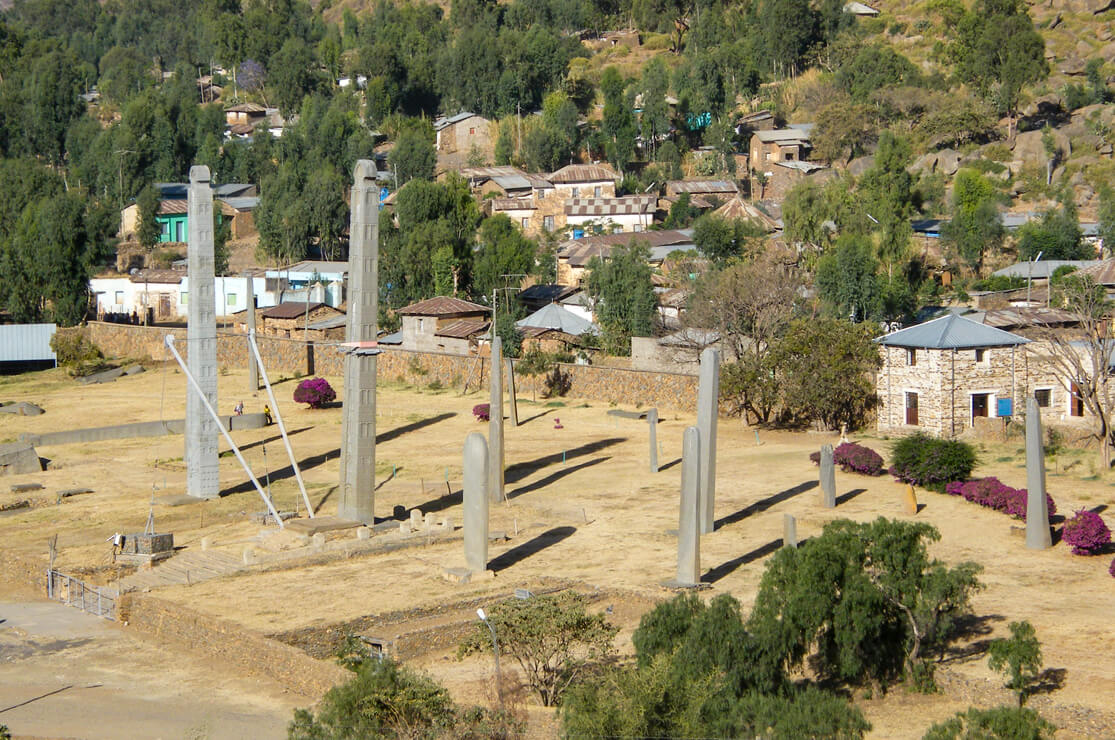 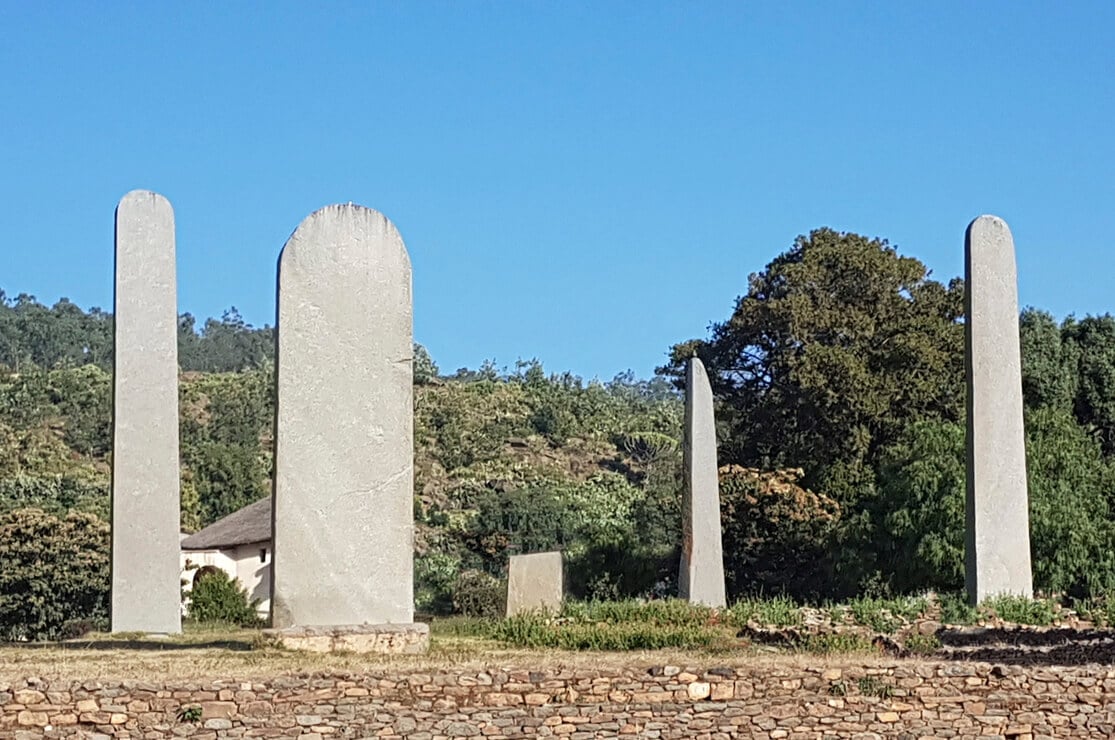 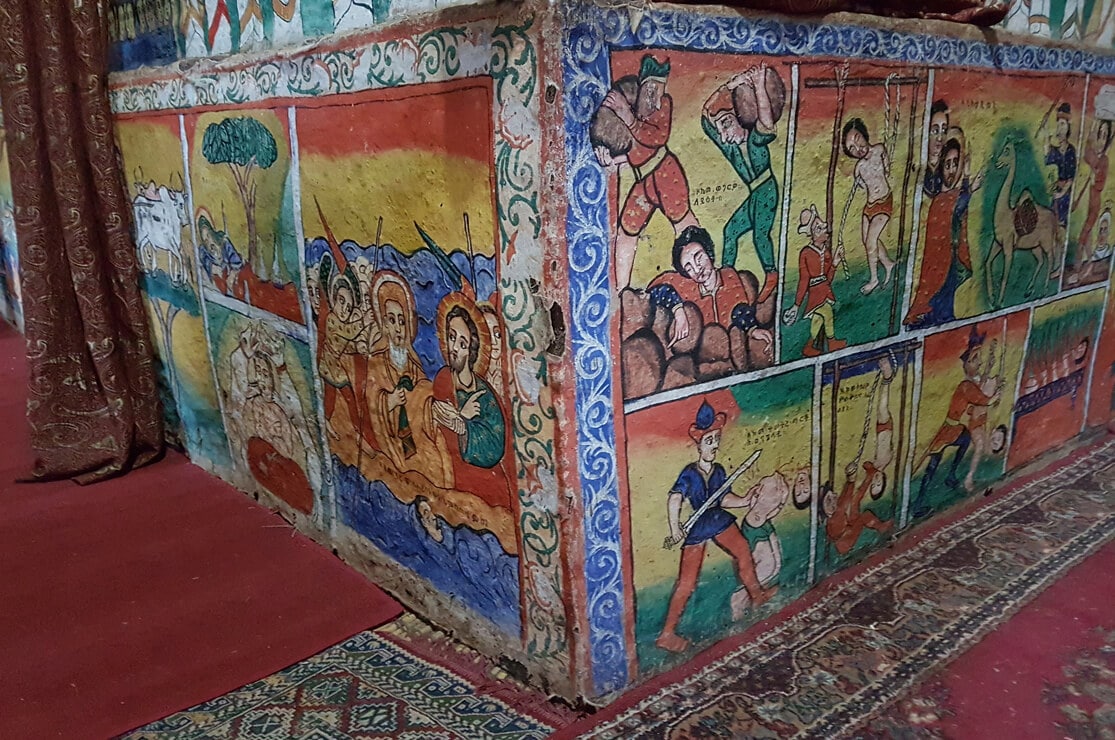 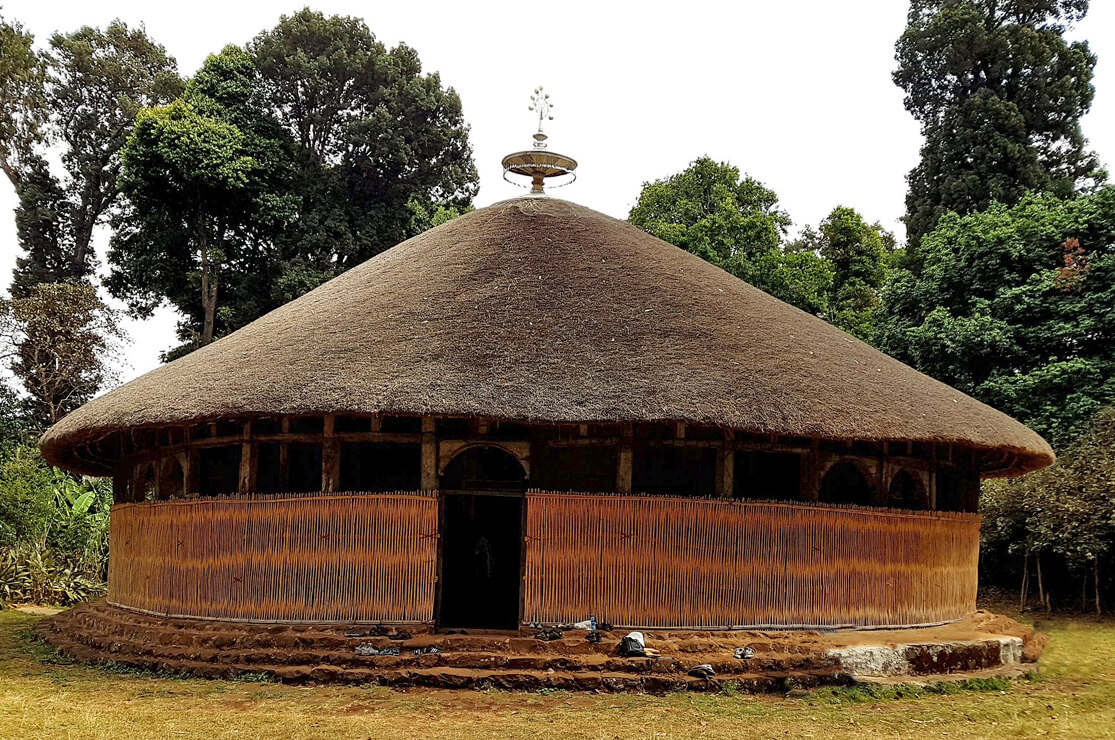 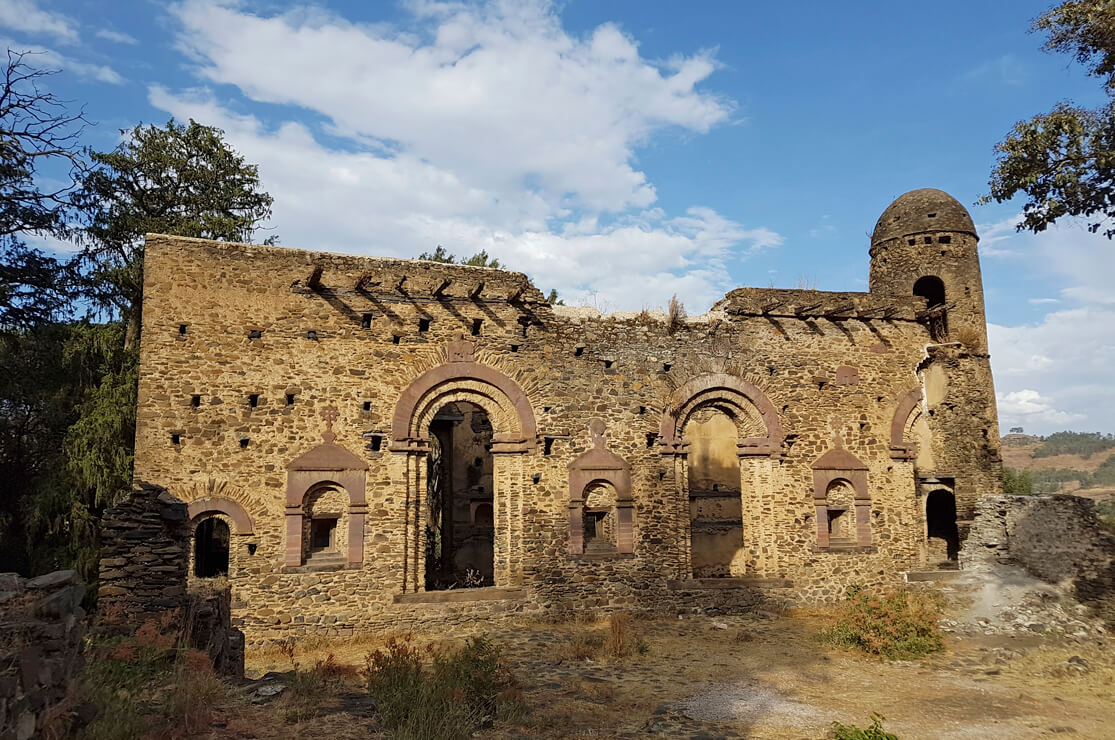 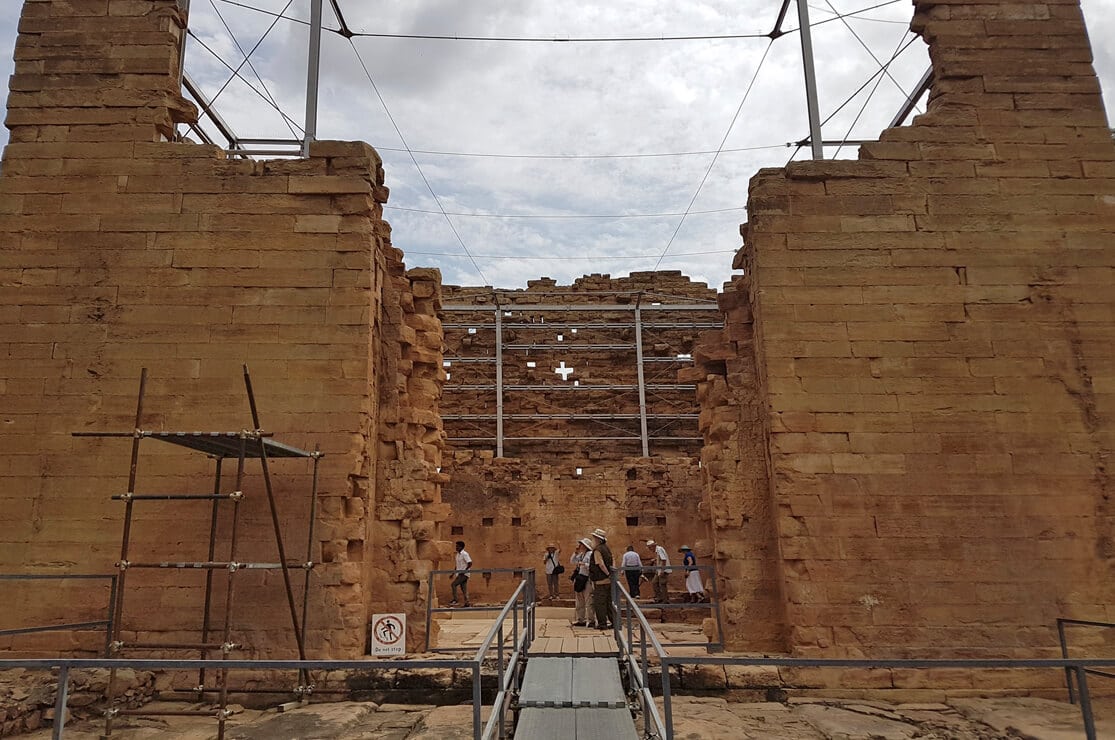 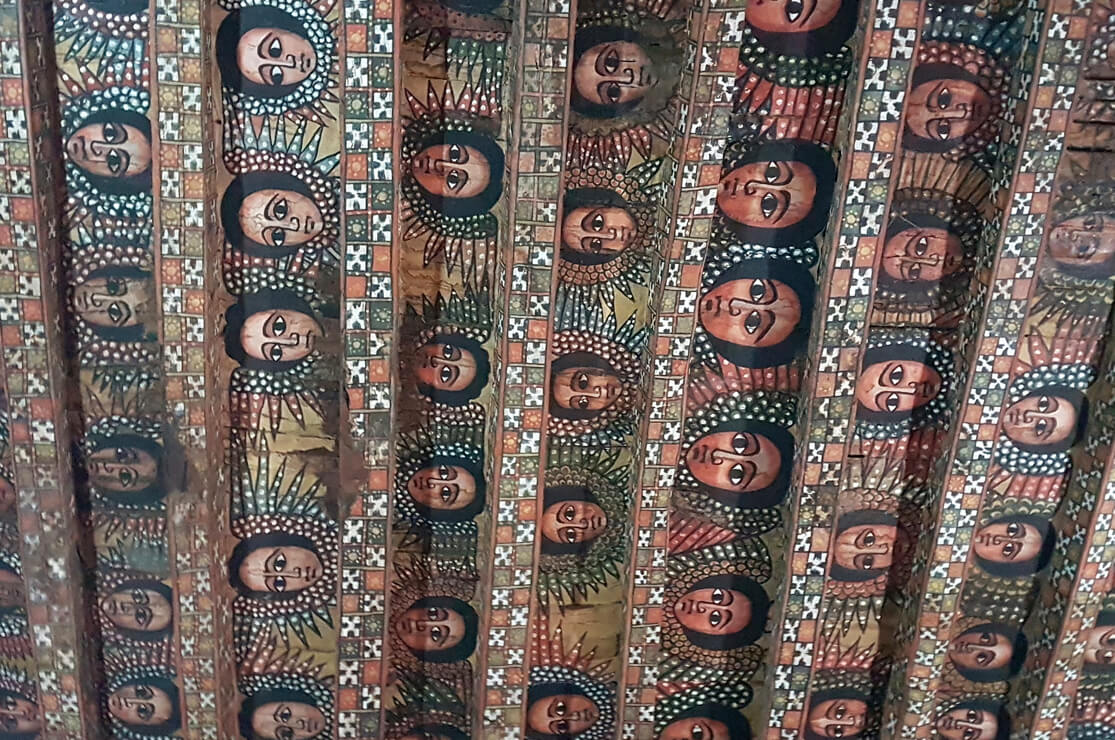 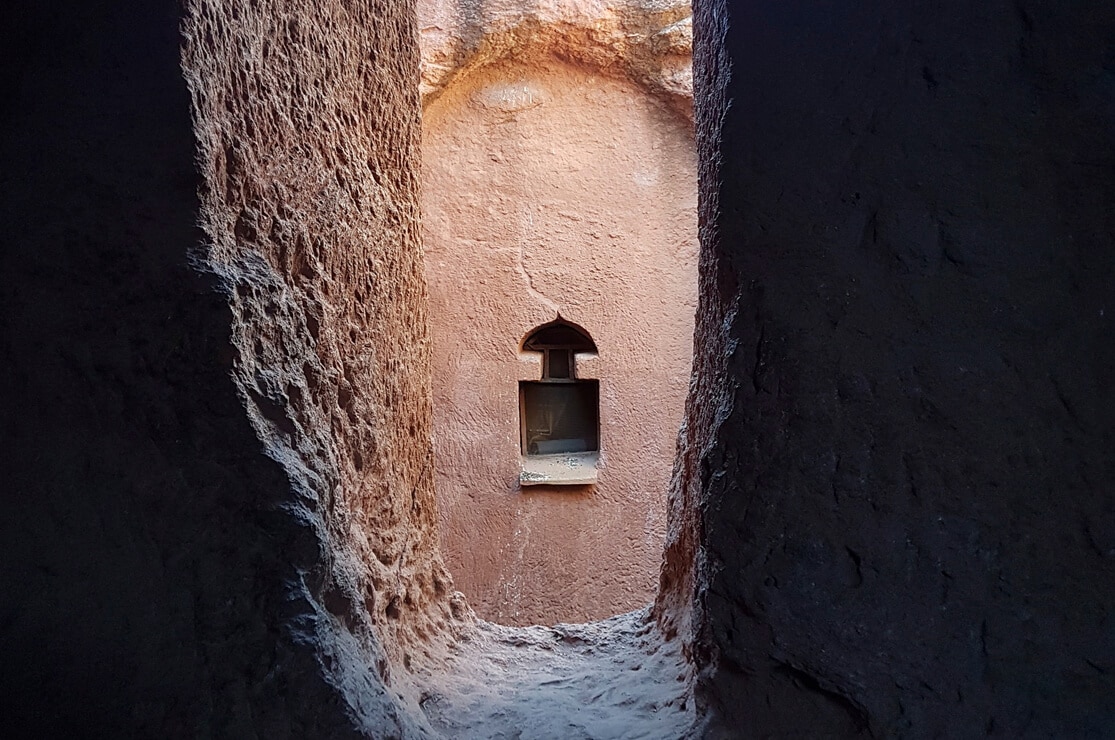 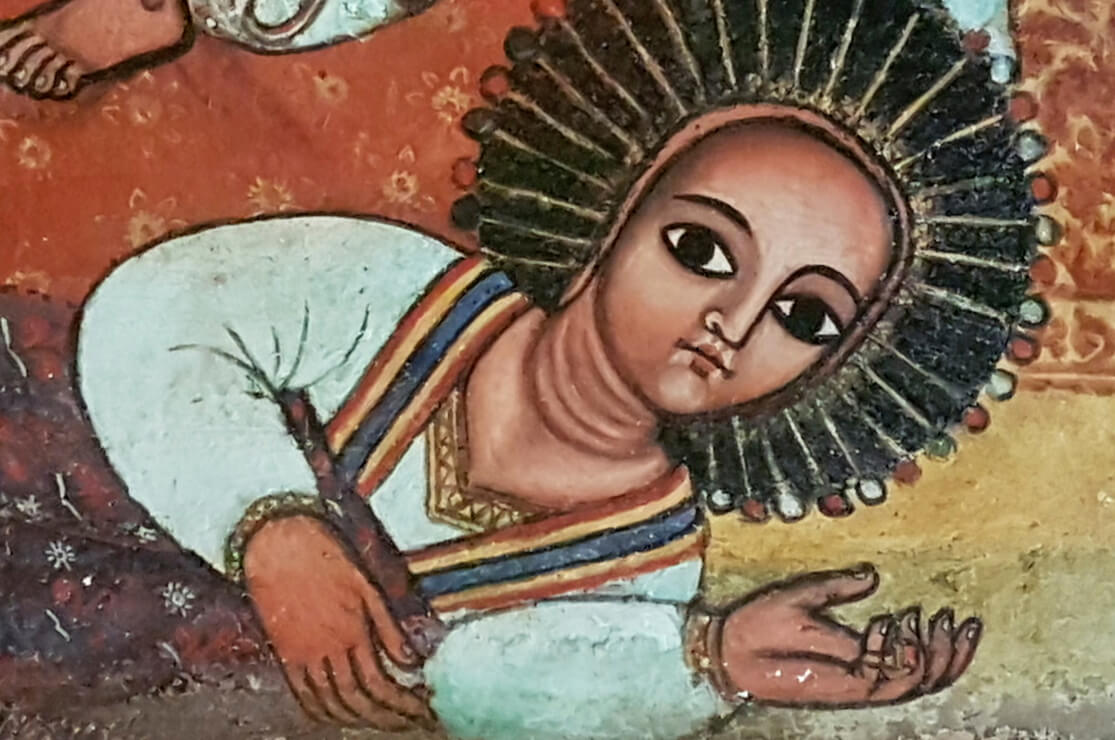 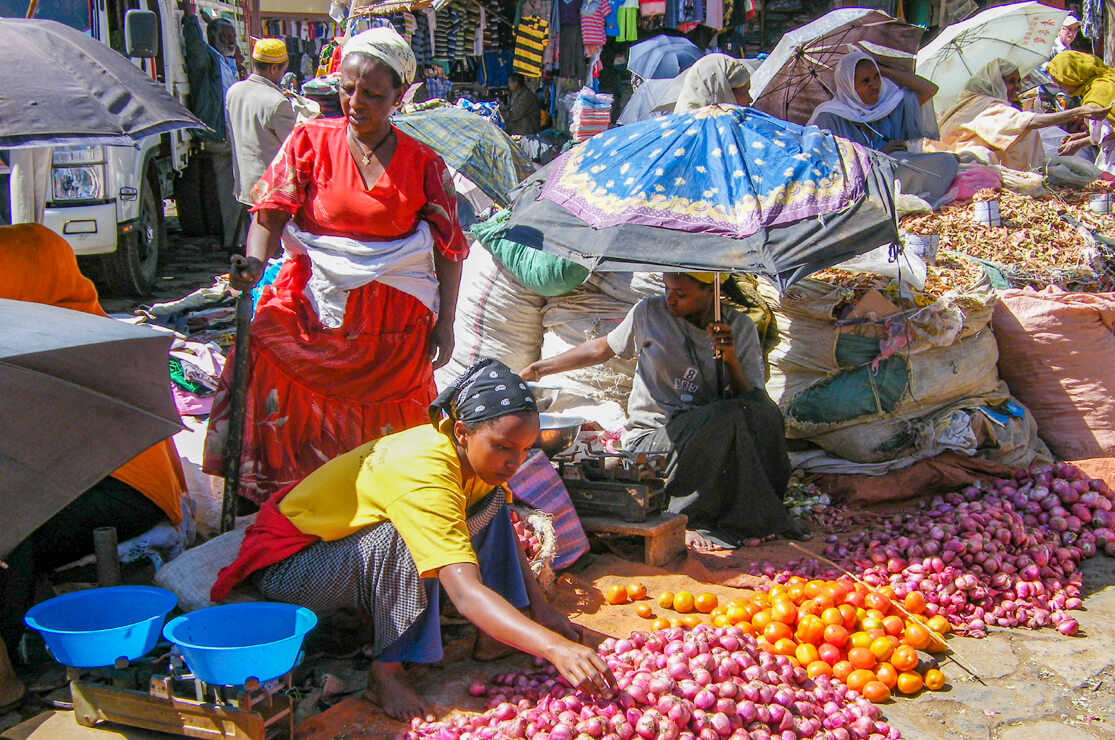 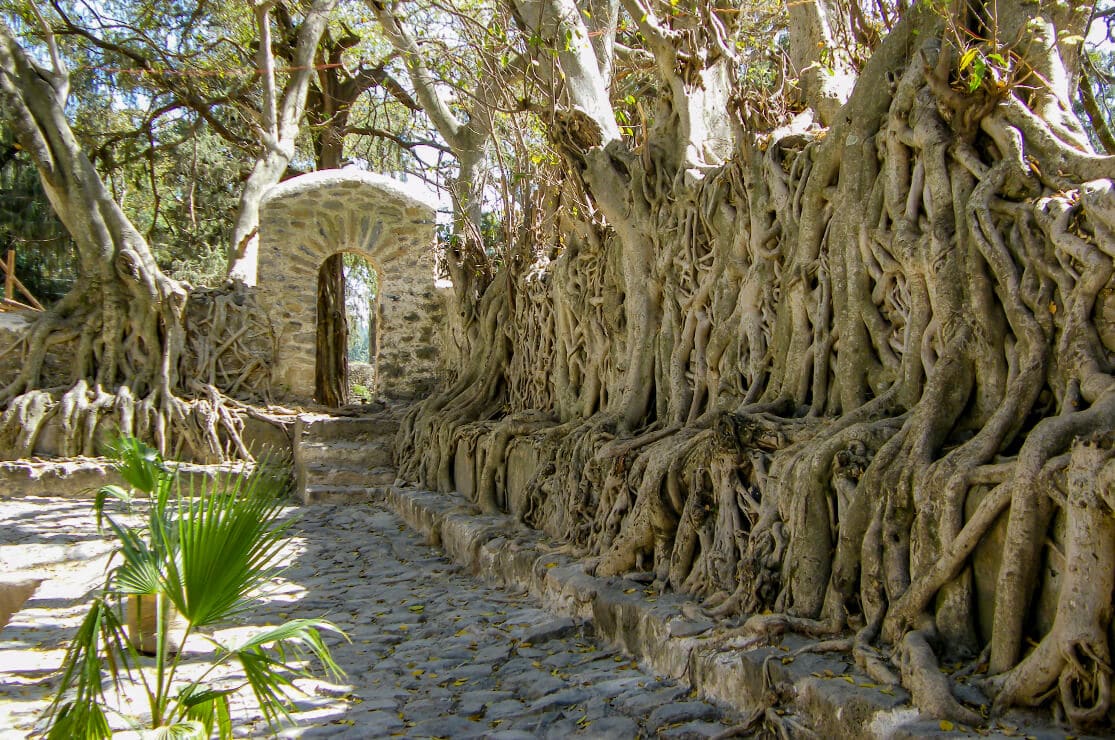 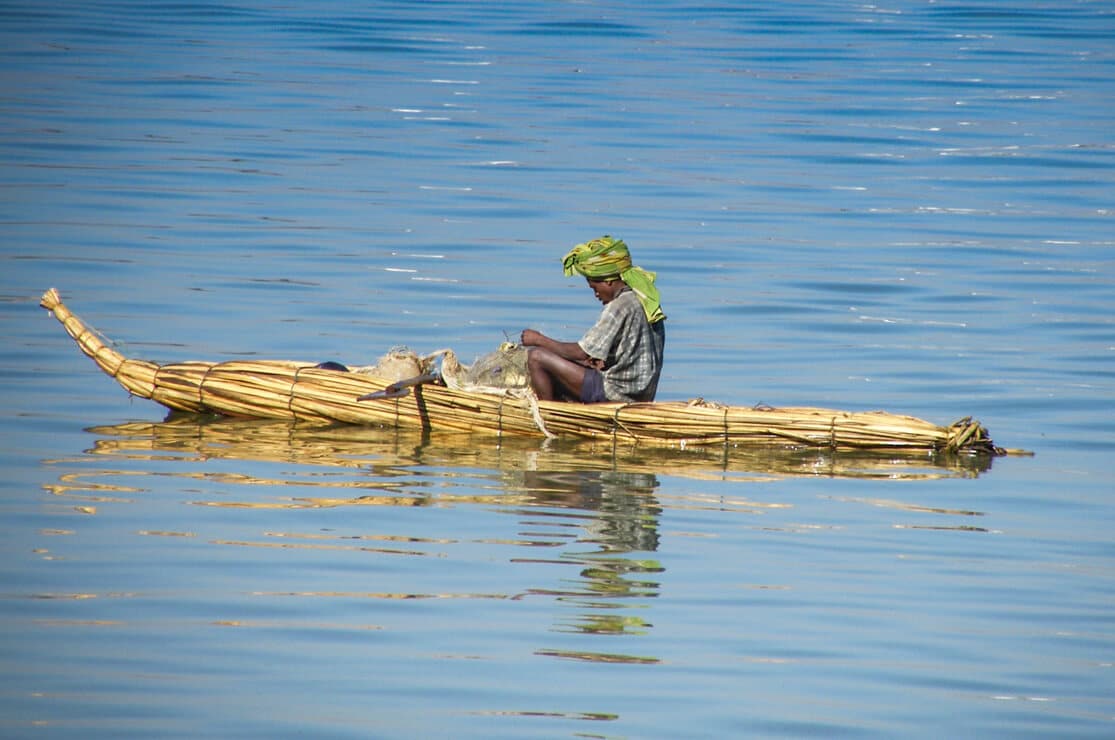 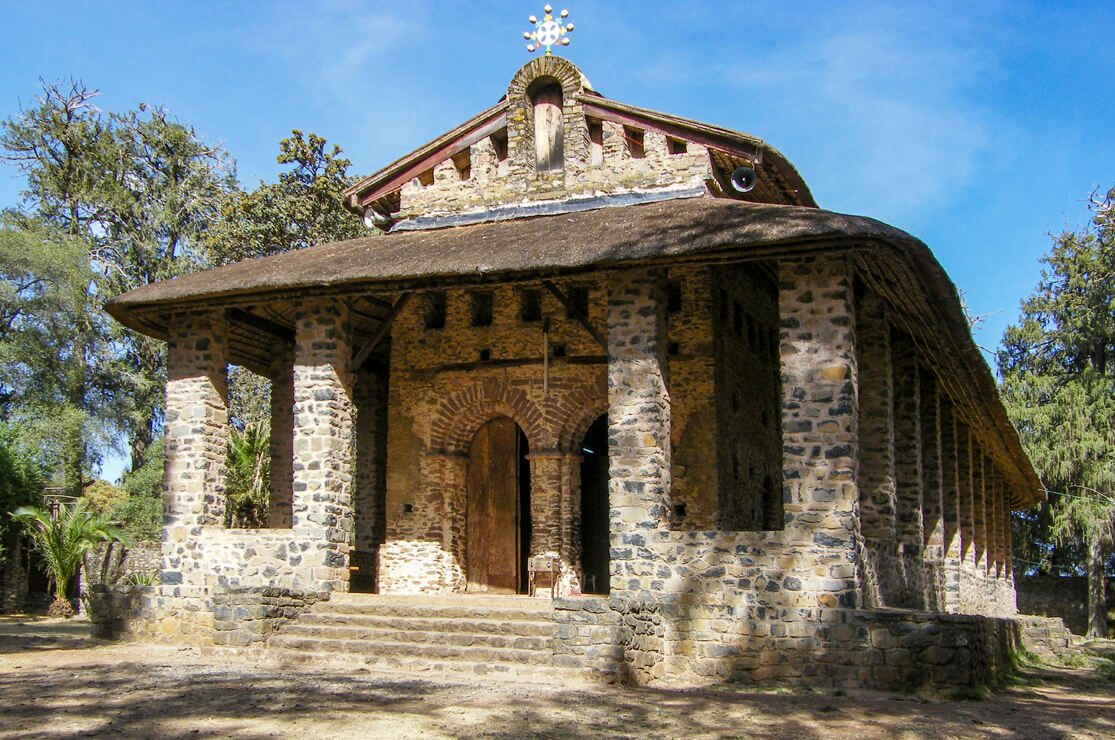 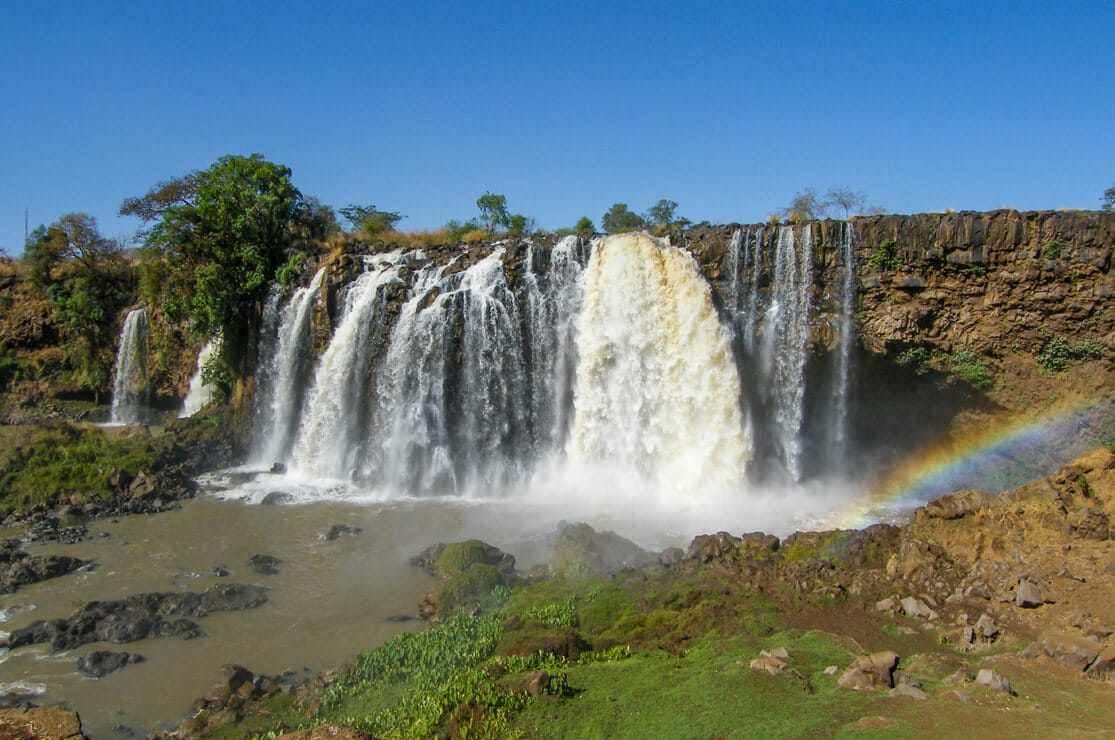 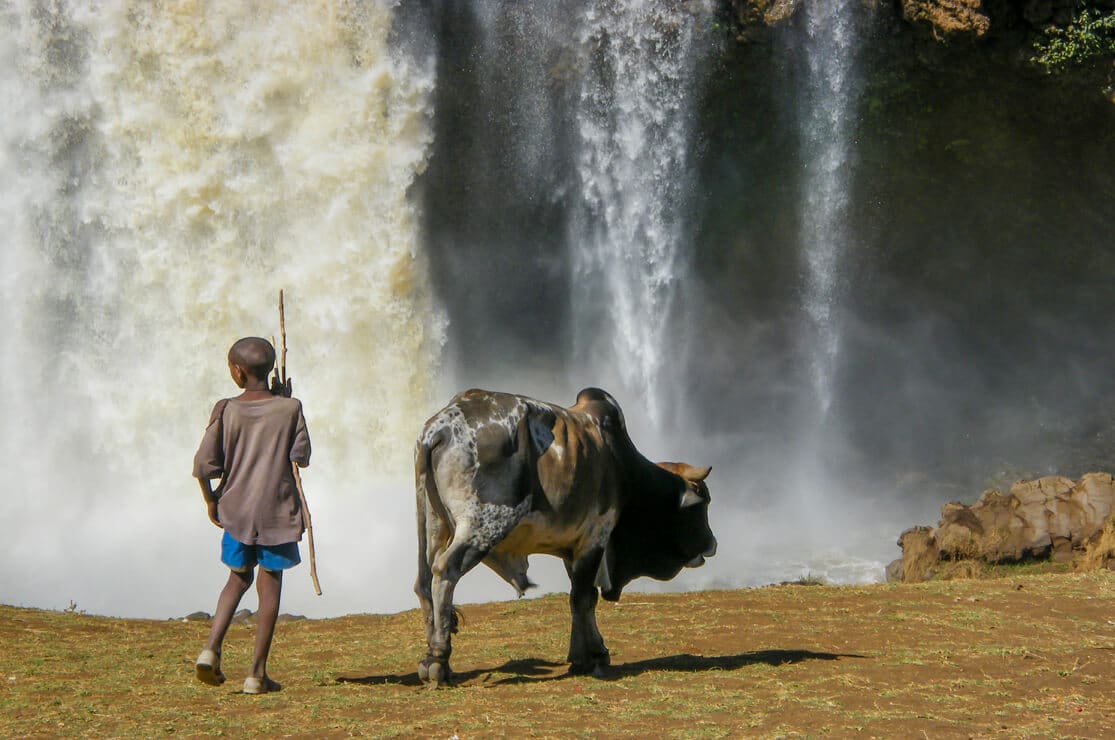