Most of us at some point have made the walk from Hatshepsut’s Temple at Deir el-Bahri to the car park; some have even ventured in to the tombs of Pabasa, Ankhor and Kheruef. Few though have ever had the chance to enter the incredible Twenty-fifth and Twenty-sixth Dynasty tombs of Asasif.

Closed to the general public they are all special permit sites and are little known and rarely visited.

Egyptologist Chris Naunton accompanied this tour and many of our travellers had heard lectures from Chris about his work in the Tomb of Harwa some years ago.

Based at the Old Winter Palace, Garden Pavilion Wing our week began with a visit to the Valley of the Kings. Along with the regular tickets we had a special AWT permit for private entry to KV35, the burial place of Amenhotep II, later used as royal cache. Everyone agreed it was indeed a stunning tomb with amazing artwork. The rest of the morning was given over to other tombs with many opting to enter Tutankhamun and Seti I. The Valley was extremely busy but the tomb of Seti I was a haven of peace and calm as few tourists pay for the extra ticket.

After a relaxing lunch in the gardens of a local café we visited Deir el-Medina to enter the tombs of the very people who built and decorated the tombs we had visited in the morning. These small tombs are beautifully decorated and feel very personal. Few tourists venture to the Ptolemaic Temple currently being cleaned but we had plenty of time for Medhat to explain the importance of the reliefs before walking out to the Great Pit.

Before dinner we gathered for a lecture meeting in the Horus Room and listened as Chris gave a fascinating talk on the Kushite influence and explained that the Asasif tombs were built by some of the wealthiest and most influential people in Thebes in the Twenty-fifth and Twenty-sixth Dynasties.

Next day we travelled to South Asasif and entered TT223, the Tomb of Karakhamun, currently being conserved and reconstructed by Dr Elena Pischikova, Director of the South Asasif Conservation Project. For years the tombs were covered by the expansion of the modern village but in 2001 the tombs were rediscovered and work began. TT223 is the earliest of the group and like a jigsaw the pieces are being painstakingly put back together. There are stunning reliefs and although many are covered for protection against the elements there was enough on show for us to realise that we were in a very large, richly decorated, very fine tomb. The conservators are doing a superb job and hope to one day to have the tombs open to the public.

The rest of the day we spent entering the small and rarely visited tombs of the New Kingdom Officials at Khokha and the Temple of Ramesses III at Medinet Habu. While we were away our hotel seemed to have turned in to a film set with cameras, lights, crew and actors filling the lobby of the Palace building. It seems we may have all been ‘extras’ as the cameras were rolling when we entered!

Our next big event was entry to TT37, the Tomb of Harwa where Chris spent four seasons working with the Italian Archaeological Mission. Harwa was a high official of the Twenty-fifth Dynasty and his title was Chief Steward of the God’s Wife of Amun. Once the Inspectors unlocked the tomb for us we entered the First Pillared Hall and Chris explained the high quality hieroglyphic texts. A short passageway leads to the Second Pillared Hall and here we saw a relief of Anubis leading Harwa by the hand on his journey from life to death.

The final chamber we visited was the Osiris Shrine. We saw many sand boxes on the tomb floor where fragments are stored and reunited in the effort to reconstruct pillars and door frames. The overwhelming feeling from a visit to this tomb was how fine some of the reliefs are, they are comparable to the 5th and 6th Dynasty mastabas at Saqqara.

Later in the day we visited Luxor Temple where work was underway putting the finishing touches to the fifth colossus of Ramesses II in front of the first pylon. In March, the sixth and last colossus had not yet been erected and there is now much debate on the position of this statue. Finally, Luxor Museum which we had almost to ourselves. Some pieces have been removed, maybe to Cairo, but others such at Thuthmosis III have a new position in the Museum so now we can see the back of this wonderful sculpture.

Friday we set out on a cool morning for the west Bank. Crossing the river was chilly and the sky was full of dust as there had been sandstorms overnight. The usually blue sky was missing but we headed straight to TT34, the Tomb of Montuemhat, who came to power under the Kushite Twenty-fifth Dynasty. The impressive mudbrick pylon dominates the area and is gateway to one of the largest tombs in the Theban Necropolis. In the Twenty-sixth Dynasty Montuemhat as ‘Overseer of Upper Egypt’ was a powerful man. Again we were amazed by the fine quality of the hieroglyphs and Chris explained the layout of the tomb taking time to point out important scenes.

Before we left the West Bank we entered the tombs of Pabasa, Ankhor and Kheruef and Hatshepsut’s Temple. After lunch a tour of Karnak Temple. Karnak also seemed to have become the setting for a big evening film event so we managed to get in the way there by climbing past all the equipment. Before dinner Chris gave another talk.

Saturday was a trip south to el Kab and our first visit was to the small Amenhotep III temple in Wadi Hilal. Still retaining some colourful reliefs including depictions of Thuthmosis IV and his son Amenhotep III. A bright sunny morning we were glad for relief and shelter from the harsh wind blowing across the wadi.

It was wonderful to stop at Vulture Rock a site very popular with AWT passengers. This massive rock is covered with petroglyphs and Old Kingdom inscriptions.

Several kings are mentioned on smooth cut panels but the early Dynastic carvings of boats and ‘dancing goddesses’ hold special interest for many of our travellers. For several years our AWT Eastern Desert Survey missions passed by, en-route to the desert to record Predynastic rock-art first noted by Arthur Weigall and later Hans Winkler.

We examined the temple cut in to the cliff by the Ptolemies before heading to the rock-cut tombs of the New Kingdom. In the tomb of Ahmose, Son of Ebana, Medhat explained the text of the war against the Hyksos along with Paheri’s dedication text.

Next, Mo’alla and the Tomb of Ankhtify a provincial governor during the Ninth Dynasty.

Finally the Temple of Montu at el Tod a lovely but rarely visited site.

Our last day and we headed straight to TT33 the tomb of the Chief Lector Priest, Padiamenope. The tomb is one of the largest in Egypt but nothing prepared us for entry to this underground adventure. There are 22 rooms in this vast tomb and the walls are covered in important texts. Work is underway on cleaning, restoration and conservation.

When we left the tomb we realised how honoured we had been on our week concentrating on these amazing largely unknown Asasif tombs. Our Inspectors from the Ministry of Antiquities were delighted to show us around and share their work with us.

Sadly no pictures to share of the tombs at Asasif as the tombs we entered were special permit sites and cameras are not allowed especially as much of the work is still unpublished.

After a break for refreshments our last call of the tour was at the Theban Mapping Project Library. Set up by Dr Kent Weeks and the American University in Cairo AWT has close ties to the project. Many of our travellers were carrying donations ranging from art supplies to bags of yarn. Kent had mentioned on a previous visit that they now had a lady teaching the children to knit and Jenny Arnold who was on that visit promised to make a collection within her knitting club once home. Of course the wool needed transporting to Luxor so many passengers agreed to carry bags for us.

Unfortunately Kent had left for Cairo but Ahmed kindly took delivery and showed us around. The new library building is well underway and we will bring you news as soon as the new library is ready.

A wonderful trip with many exciting new sites and all in close proximity to some of the most famous monuments in Luxor.

Our thanks to Chris Naunton for sharing. Medhat Saad for his excellent guiding. Wael for looking after us and of course all the crew in Egypt.

Ending with the words of the great man Padiamenope himself

O living ones
O those who are upon the Earth
Those who are born and those who will be born (in the future)
… Those who walk through the necropolis in order to entertain oneself…
… May they enter to this tomb
In order that they may see what is in it
Amun-Re, Lord of the thrones of the Two Lands is living for you,
If you adore the god recite the offering formula in order to make this monument complete
May you make grow that which decays

TT 33, Tomb of Padiamunope. Translation after Traunecker, C, ‘The “Funeral Palace” of Padiamunope: Tomb, Place of Pilgrimage, and Library. Current Research.’ in Pischikova, E, Griffin, K and Budka, J (eds.), Thebes in the First Millennium BC (Newcastle upon Tyne, 2014), 220-21. 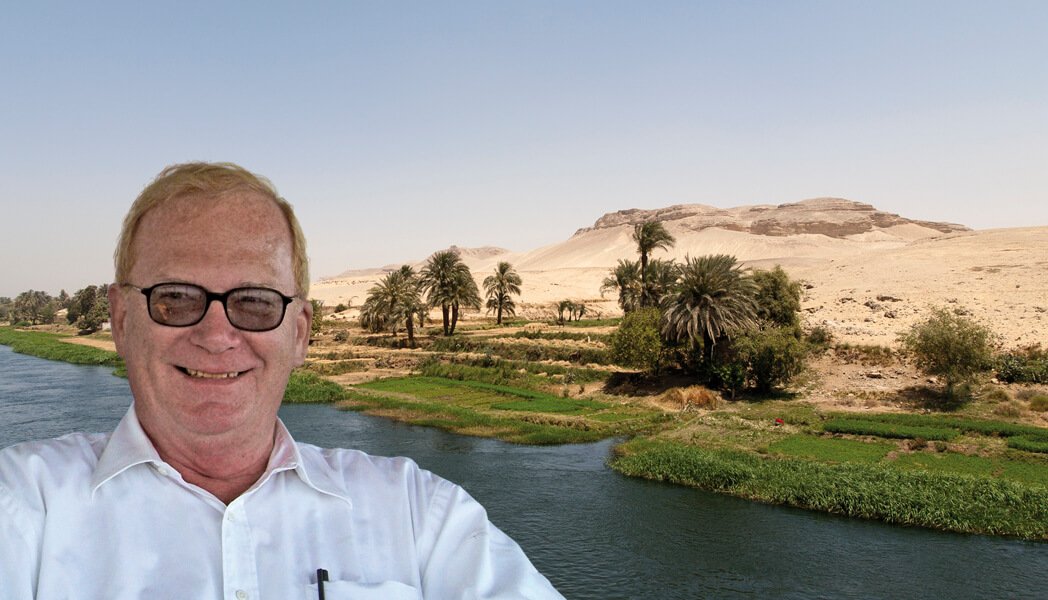